Last week, The Dow Jones Industrial Average hit an all-time high and crossed 27,000 for the first time ever. On the other hand, The Dow Jones Transportation Average is still about 9% below its all-time high. Some experts are citing Dow Theory as a reason for concern going forward while others argue that this century-old indicator is irrelevant in today’s markets. The entire Technical Analysis community seems to be split on this one so let’s take a look at both sides of the argument. 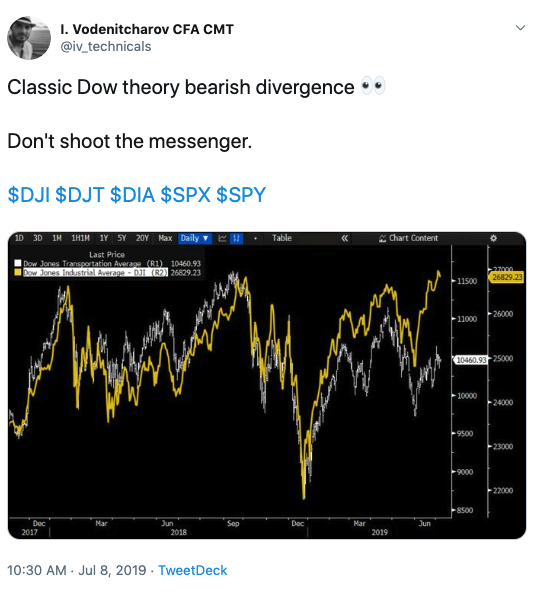 Dow Theory is an important concept in Technical Analysis. In fact, it’s one of the first things you learn as a Technician as it’s a heavily tested topic in the CMT Level 1 curriculum. It was first outlined by “the Grandfather of Technical Analysis” Charles Dow, in a series of editorials in the Wall Street Journal (which he co-founded). After his death in 1902, his successors expanded his ideas into six “tenents”. One of the main tenents is that in order for the market to be in an established uptrend, the major averages must confirm one another. Dow created the Industrial Average to track the companies that produce goods, and the Railroad Average to track the companies that move goods. Today, we use the Transportation Average as it reflects more modern forms of transportation than just railroads.

Dow defined an uptrend as a series of higher highs and higher lows, while a downtrend is a series of lower highs and lower lows. When one of the two averages hits a new high within an uptrend, the other one must also hit a new high within a reasonable period of time, in order for the broader market to be in a confirmed uptrend. Below is a series of tweets from the legendary Technician, Ralph Acampora where he states that Dow Theory is suggesting that the market is still in a primary bear market. 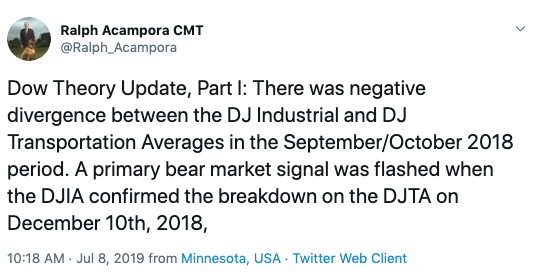 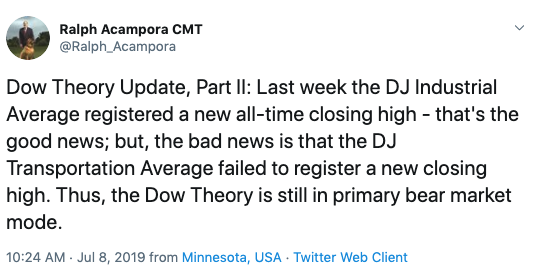 Arthur Hill of Stockcharts.com makes the point that Transportation stocks represent a relatively small area of the broader market and therefore, aren’t as important as people might think. As you can see in the tweet below, the total market cap of the Transportation Index is less than that of a single mega-cap stock like Microsoft or Apple. 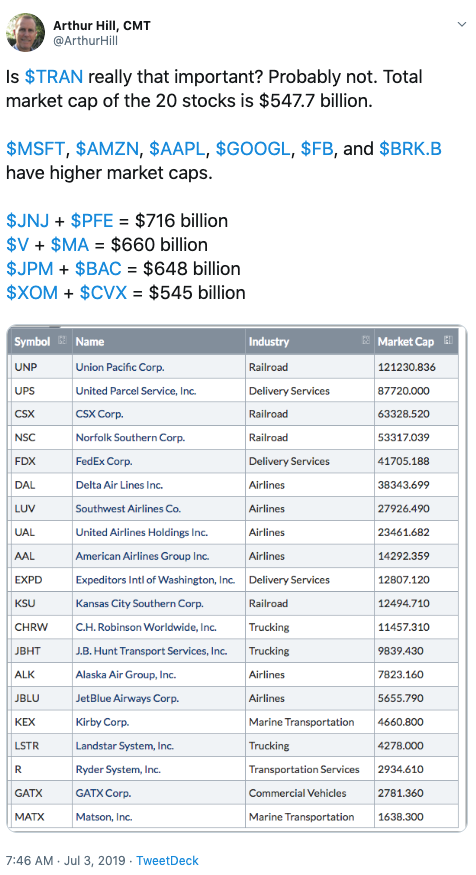 Here’s an interesting take on Dow Theory from Strategas Research Partners. They suggest a modern adaptation of Dow Theory would be using Semiconductor stocks and the Nasdaq rather than using Transports and Industrials. 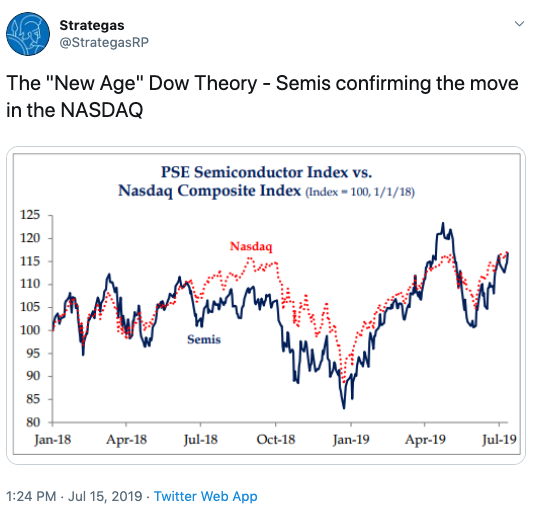 So should you be worried that the Transportation Average hasn’t made a new high along with the Industrial Average? It really depends on how much weight you put on Dow Theory. We’ll continue to monitor the relationship between the two averages and report back with any major developments. For now, I’ll leave you with this tweet from Brian Shannon reminding us that risk management is more important than losing sleep over Dow Theory. 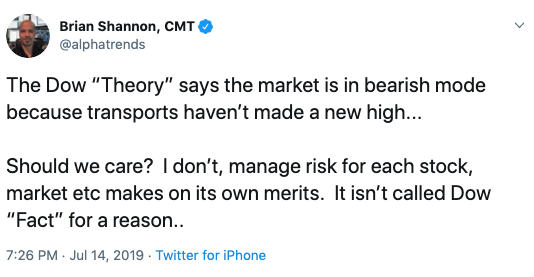