Many U.S. based investors tend to only follow U.S. listed stocks and markets indices like the S&P 500, Dow Jones Industrial Average and the NASDAQ. The best investors are those who are aware this is a global marketplace. Now if the average investor is unaware of foreign countries stock markets, we can assume they are also unaware of foreign countries’ interest rates. Luckily for us Technician John Roque tweeted out numerous 10-year yield charts of the G7 nations + Spain last week. The G7 countries consist of Canada, France, Germany, Italy, Japan, the United Kingdom, and the United States. These countries, with the seven largest IMF-described advanced economies in the world, represent 58% of the global net wealth.

For readers of the site, you may recall John was on Technical Analysis Radio Podcast in early February, which The Chart Report wrote a summary of.  In that episode John originally discussed his global interest rate thesis: “Regarding the direction of Interest Rates, John is not sure if the bear market is over just yet. He feels the case for growth in America is much better than Europe but he believes rates will have trouble going higher if European and Japanese rates stay low. “Historically, G7 rates trended in the same direction.” With that said, he doesn’t feel the 10-year yield can or needs to go all the way back to the low. Bottoms in Interest Rates can last 10 to 15 years. The odds are not in one’s favor to blindly short. “It’s a big mess. Most of the time rates have been down and I don’t know if it means we’re going to see a continued rise yet” he concludes.”

Let’s take a look at all the charts John provided below:

How can the US 10 year yield go up if German and UK 10 year yields are going down? Talk amongst yourselves… pic.twitter.com/XZIf52AxLC 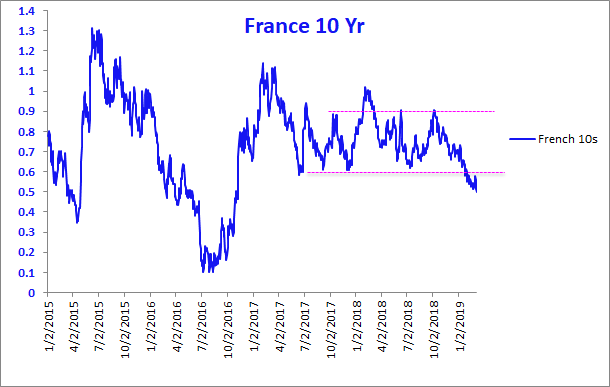 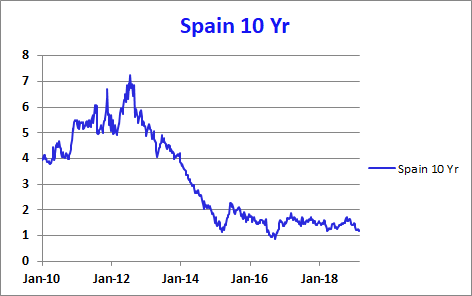 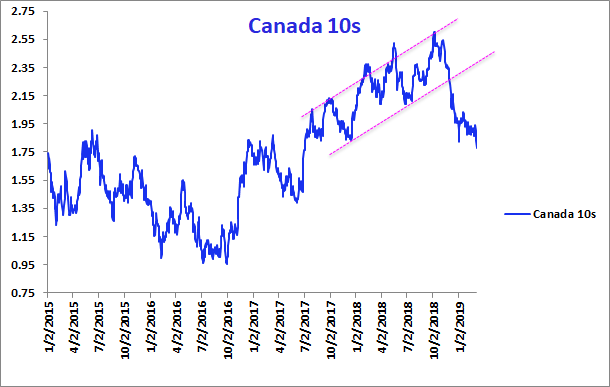 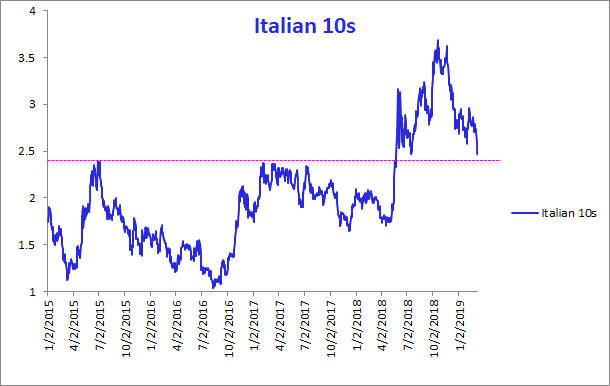 Do you notice a trend? Is there one? What direction is that trend? I think it’s safe to say that the trend is lower. If the G7 countries + Spain interest rates trend together, whichever direction that may be, we can assume the U.S. 10-year yield will likely join them in that trend lower.

This morning JC Parets tweeted a great chart summarizing the collective group of 10-year yields trending lower, agreeing with Mr. Roque’s thesis. The evidence is in our face and it’s hard to see it any other way for the time being.

yields all over the world are making new lows. why should we expect U.S. rates to rise? thanks @KoyfinCharts for the clean charts $TNX $TLT $BUND pic.twitter.com/GVs5kamaTR

This chart goes back to the beginning of America and comes via email from @louiseyamada showing how long bottoms in U.S. Interest Rates historically take to develop $TNX $TLT $TYX $IEF pic.twitter.com/S1V9b8HJt6

Interest rates take time to bottom. Over the last 200 years, we are looking at anywhere from 20 – 40 years from peak to trough. It is still not determined whether the July 2016 low in the US 10-year is THE low. It could certainly be but that is -48% away. There is no reason the 10-year cannot chop around for the foreseeable future. When the US 10-year was at 3%, it was consensus that the bottom was in and 5% was next. As usual, the crowd was wrong and the 10-year yield put in a false breakout. Just like any other asset, bottoms take time and with interest rates, bottoms can take even longer.

Another piece of evidence investors can look to is the overlay of the 10-year yield and Base Metals relative to Precious Metals. Base metals being represented by Copper and precious metals by Gold. As you can see, these two charts look very similar to one another but are helpful for giving insight into the future direction of the other. While the U.S. 10-year was making higher highs to 3%, Copper/Gold was making lower highs prior to the eventual failed breakout. Looking ahead, we can expect the U.S. 10-year to continue following lower or consolidating sideways.

Going forward, investors should continue to monitor these assets for key clues. If yields are to reverse and head back higher, market price action will tell us. For an asset to start going up, it needs to stop going down first right?