The U.S. Dollar has been in focus for a lot of traders and analysts lately. It broke out to a new 52-week high at the end of May but since then, has pulled back rather sharply. It’s been in a healthy uptrend for over a year, as it’s traded above a rising 200-day moving average. However,  this uptrend is currently in jeopardy as it tests this important moving average. A breakdown at this inflection point could put the Dollar in a downtrend.

Below is a tweet from Teddy Vallee (@TeddyVallee) that highlights the U.S. Dollar Index ($DXY) testing the 200-day moving average. As you can see, it found support at this moving average the past two times it was tested.

Joe Perry, CMT of ForexAnalytix was featured on Real Vision on Friday to discuss his outlook for the U.S. Dollar. Joe has been bullish on the Dollar for the past year, however, recent price action has caused him to change his thesis and is now expecting some short-term weakness. One of his main reasons for being bearish is the double-top that has formed on the chart of the U.S. Dollar Index ($DXY). Using the chart below, Joe explains that:

“We tested that $98 level in the Dollar index a number of times and we couldn’t break through. Finally, we broke through it and we pulled back right away. Maybe a week or so later, we did it again and we came right back. So now we’ve broken out twice. Two failed breakouts, and on those breakouts, we put in a double top.” 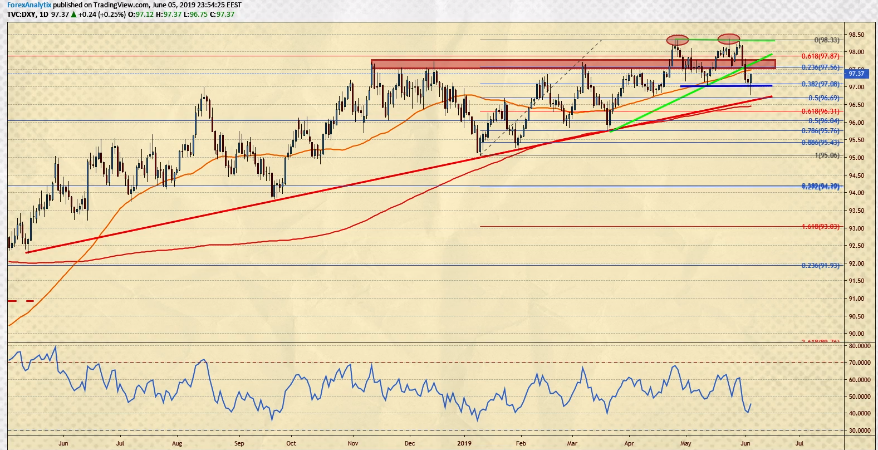 Joe is looking for a close below $97 to begin betting against the dollar by going long the EUR/USD currency pair.

The failed breakout/double top from the $98 level is something that many are noting as a bearish signal. In the tweet below, Adam Mancini refers to the legendary trader Alexander Elder to explain why failed breakouts are a good signal to go the other way. This tweet echos the concept that “from failed moves come fast moves in the opposite direction.”

Alexander Elder talks about the "hound of baskervilles" signal which is when the lack of follow through on a good pattern is a clue to look the other way. This is happening with the dollar $DXY – it couldn't rally despite a triangle breakout in April & its a sign to look down pic.twitter.com/QseR9MAVNq

In an article on Forex.com, Matt Weller takes a look at the most widely-traded currency pair, the Euro/Dollar. Using the chart below, he argues that the Euro looks ready to break out versus the Dollar. He points out that price recently made a higher high above its downtrend line while RSI has formed a bullish divergence. Keep in mind that the Euro is the largest weighted component in the $DXY, therefore a breakout in the Euro will likely push the $DXY lower. 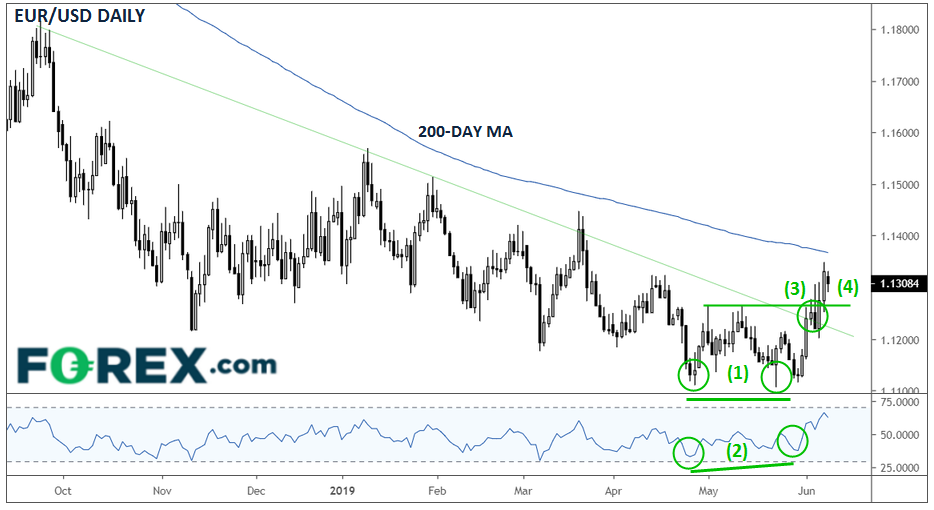 While many believe that a strong U.S. Dollar is negative for the S&P 500, if you take a look at the correlation between the two, it’s hard to find any meaningful relationship. Below is a 252-day correlation of the Dollar index and the S&P 500 over the past five years. As you can see, the correlation is all over the place and it never gets stronger than +0.25 or -0.25. 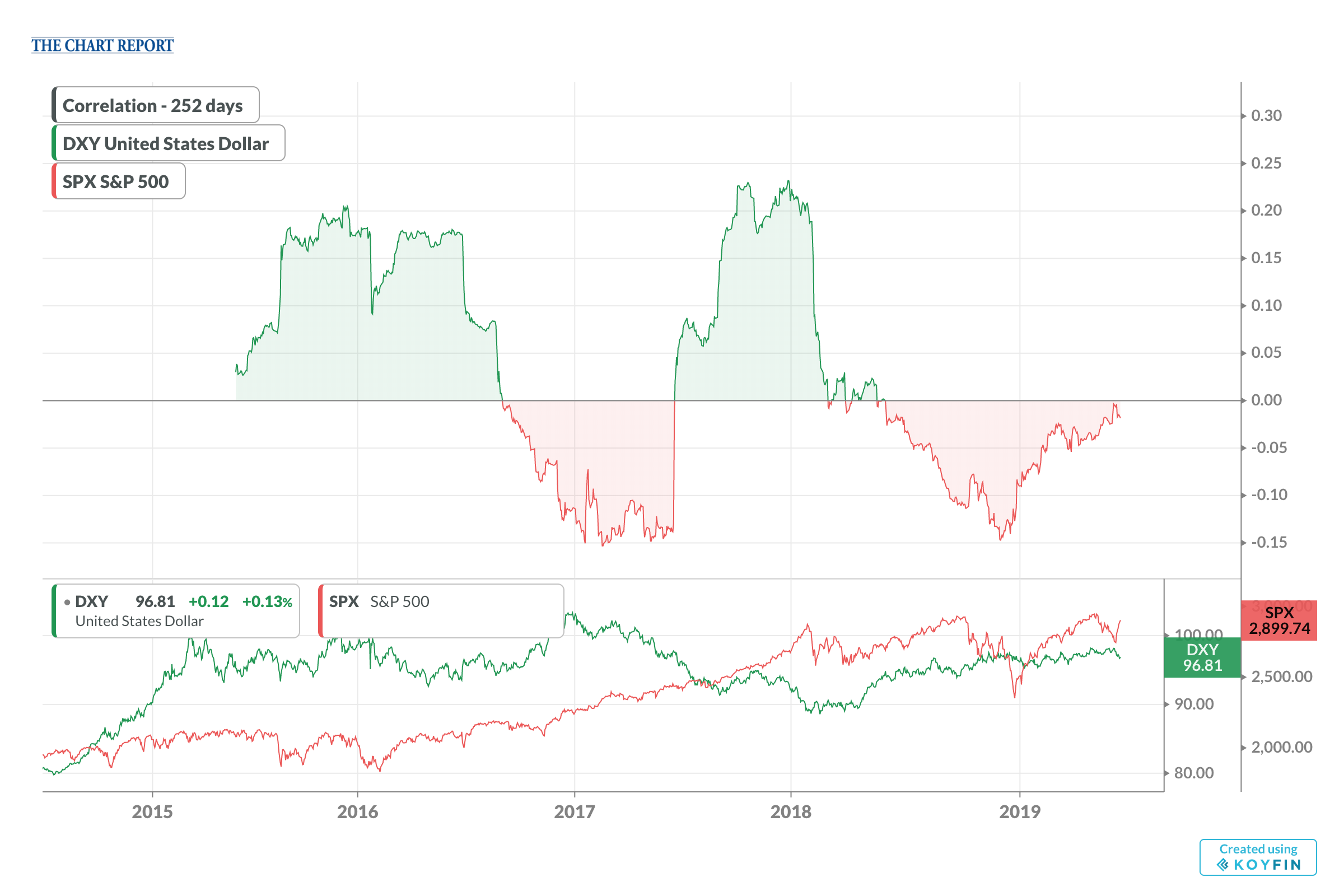 So there you have it, the dollar is sitting at a key inflection point and the chart has been giving technicians a number of reasons to be bearish in the short-term. It’ll be interesting to see if the 200-day moving average acts as support in the $DXY as it has in the past. We’ll continue to keep an eye on this and report back with any major developments. As always, feel free to reach out with any question.