The legendary Paul Tudor Jones once said: “Markets trend only about 15 percent of the time; the rest of the time they move sideways.” When you think about this quote in the context of today’s stock market it’s clear that we’re in the midst of that 85% of the time when markets move sideways. In the absence of a clear trend, markets become choppy and even more difficult than usual to predict.

The 200-day moving average is one of the most popular tools that technicians have to measure the strength and direction of the trend. The S&P 500 has had a flat 200-day moving average for the past 12-months, as shown in the chart below. During that time, the index has gone pretty much nowhere, and is now trading at the same level it was in September 2018. 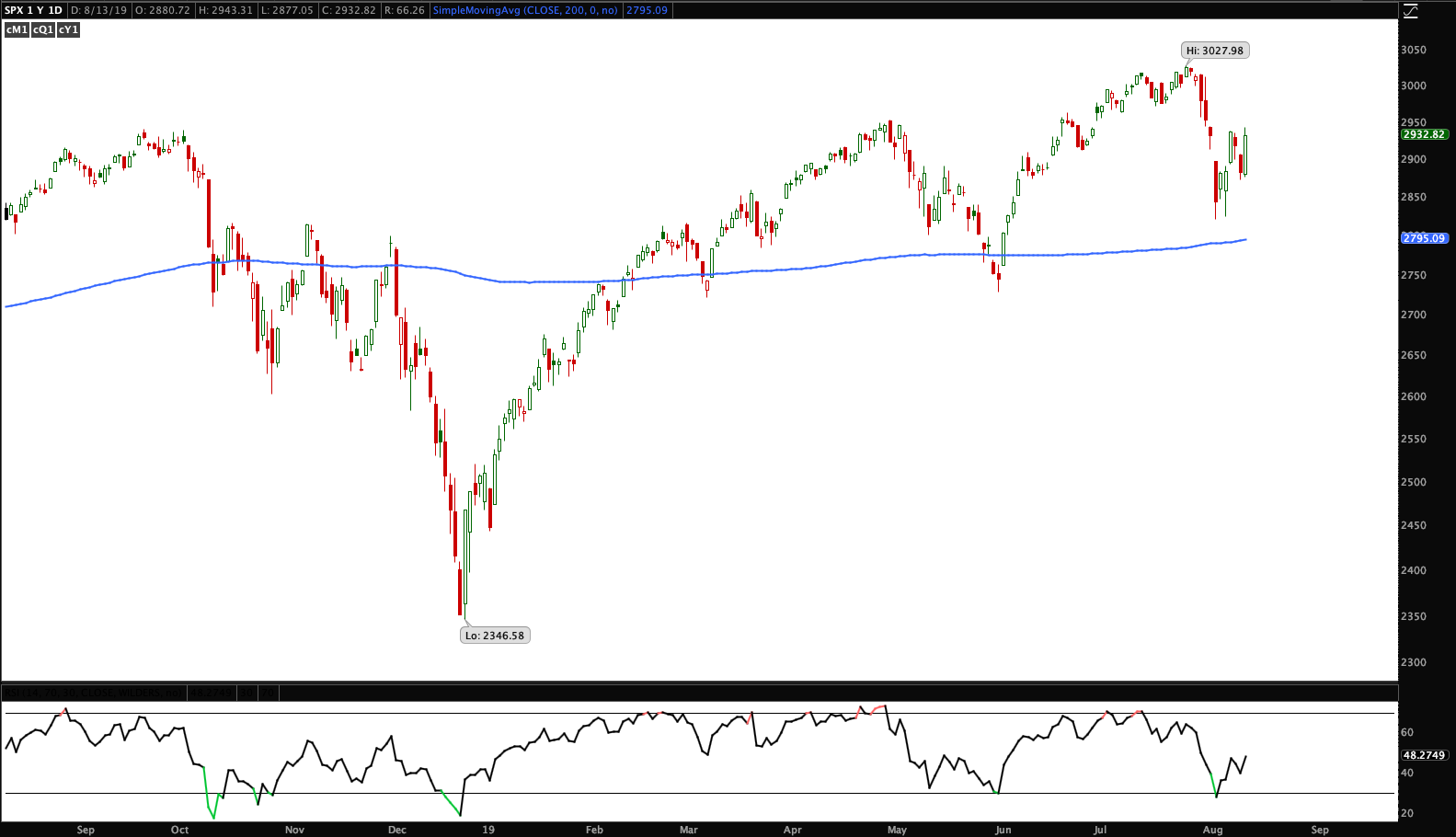 Going back even further than 12-months, the S&P 500 hasn’t really gone anywhere since January 2018. Below is a chart that was shared on Twitter by Dan Russo of Chaikin Analytics. In the Tweet, Dan poses the question “What if we are just stuck between the MAs which are stuck within the bigger consolidation that has been in place since Jan ’18?” 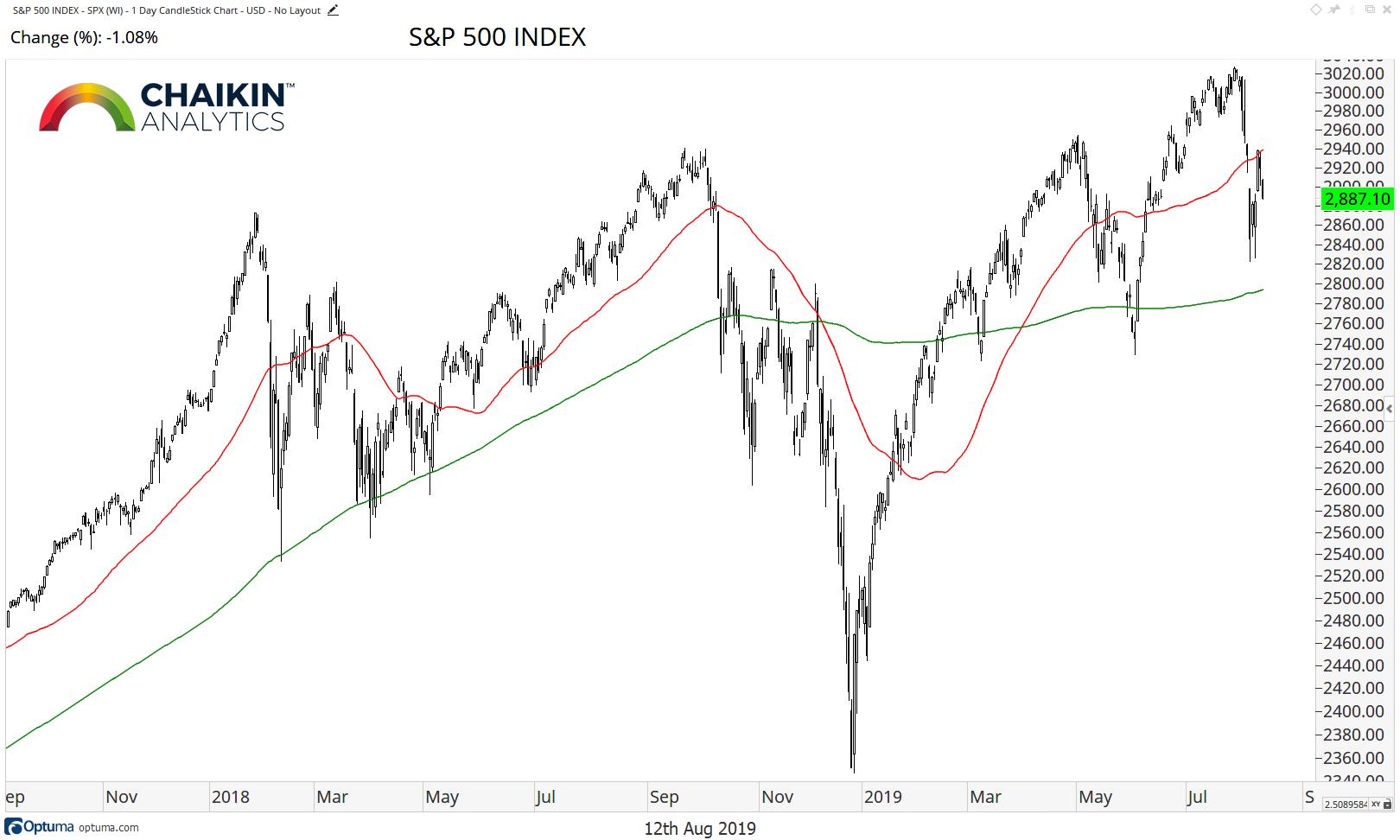 There's a pink line and a yellow line and literally nothing else matters right now pic.twitter.com/QmwXe0vueD

Is it possible that since January 2018 we’ve been in a cyclical bear market within a secular bull market?

The S&P 500 broke out of a similar sideways consolidation after the 2016 election and rallied over 30% in a period of low-volatility leading up to January 2018. Since then, we’ve been chopping around in a trendless market. Markets can’t go up in a straight line and these types of consolidations are necessary in order for the S&P 500 to make another leg higher.

Going forward it’ll be important to keep an eye on both the 50-day and 200-day moving averages for an indication that a trend in either direction is forming. As always, we’ll continue to monitor these trends and report back with any major developments. Feel free to contact us with any questions.