The month of April coming to an end today, which means it may be a good time to examine the old Wall Street adage of “Sell in May and Go Away.” This is an investment strategy that was first introduced by Yale Hirsch in his book, The Stock Traders Almanac. The strategy is based on the idea that historically, stocks have underperformed in the months between May and October. In order to take advantage of this seasonal trend, a trader or investor would reduce their portfolio holdings at the beginning of May (during the “worst six-months”)  and then buy back in at the end of October so that they’re only invested during the “best six-months” (November-April).

There are many critics of this strategy who will point to recent years where it failed to work. However, when you look at the data over the long run, it becomes hard to argue with the fact that this is a seasonal trend worth considering in your investment decisions. 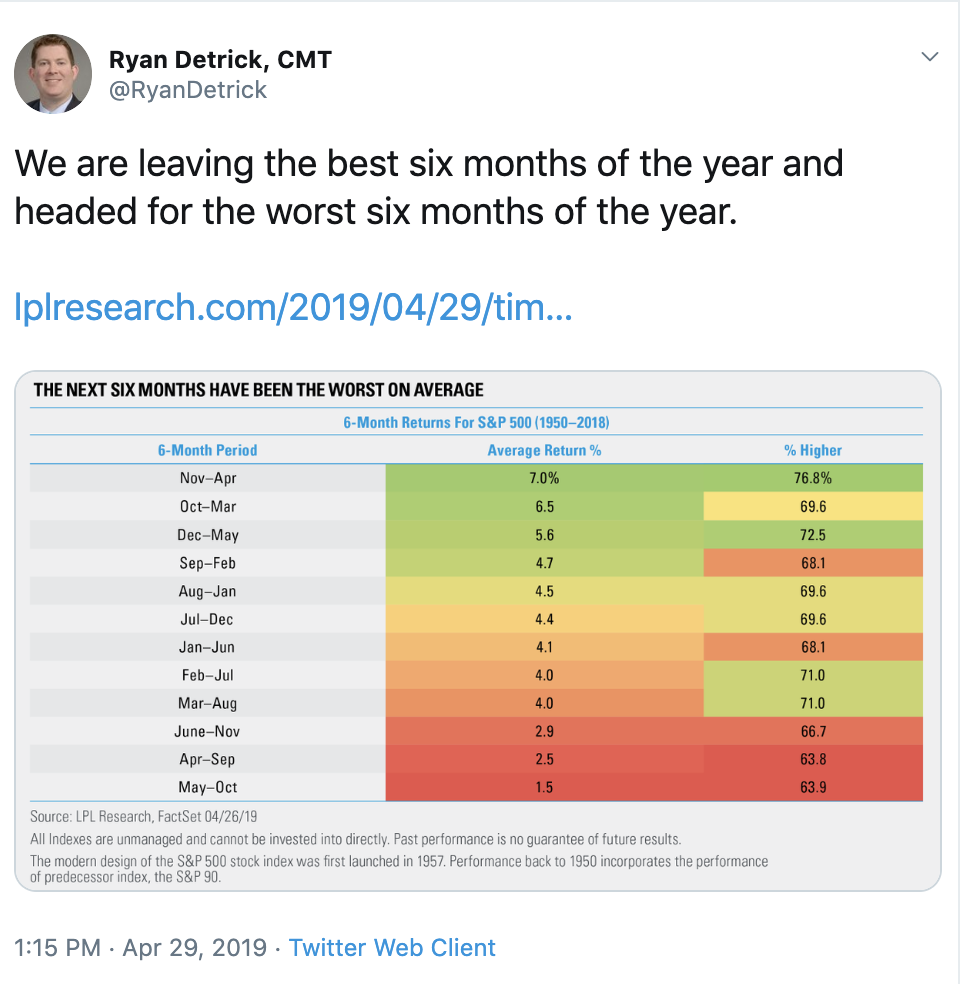 Above, is a table that was shared on Twitter by Ryan Detrick of LPL Financial. He breaks down the historical performance of each six-month period for the S&P 500 going back to 1950. As you can see the “best six-months” (November-April) were higher 76.8% of the time, with an average gain of 7%. On the other hand, the worst six month period is the one directly following it in May-October. This “worst six-month” period was lower nearly 64% of the time for an average loss of 1.5%.

Let’s take a look at how an investor would do following the “Sell in May and Go Away” strategy. Below is a chart shared in a recent blog post by seasonality expert, Jeff Hirsch. As you’ll see in the chart on the right, $10,000 invested in the Dow in 1950 would now be worth over a million dollars if you were only invested during the “best six-months”. On the other hand, If you had only been invested during the “worst six-months” you would’ve only made a profit of $1,031! 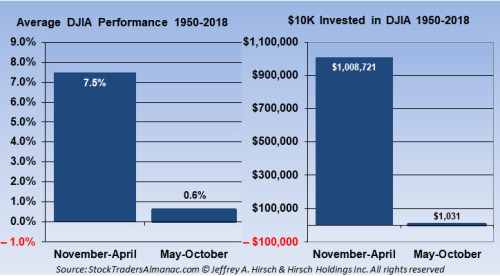 “With new highs, today for S&P 500 and NASDAQ, our positive January Indicator Trifecta and historical Pre-Election year strength this Worst Six Months or ‘Sell in May’ period is likely to be mild”

While it’s true that pre-election years tend to be strong, Ryan Detrick points out in the tweet below, that Q3 of pre-election years are often “dicey”. In an interview with CNBC this afternoon, Detrick expressed that he’s anticipating a 10% correction during these next six months, but added that he thinks this would serve as a good buying opportunity for investors. 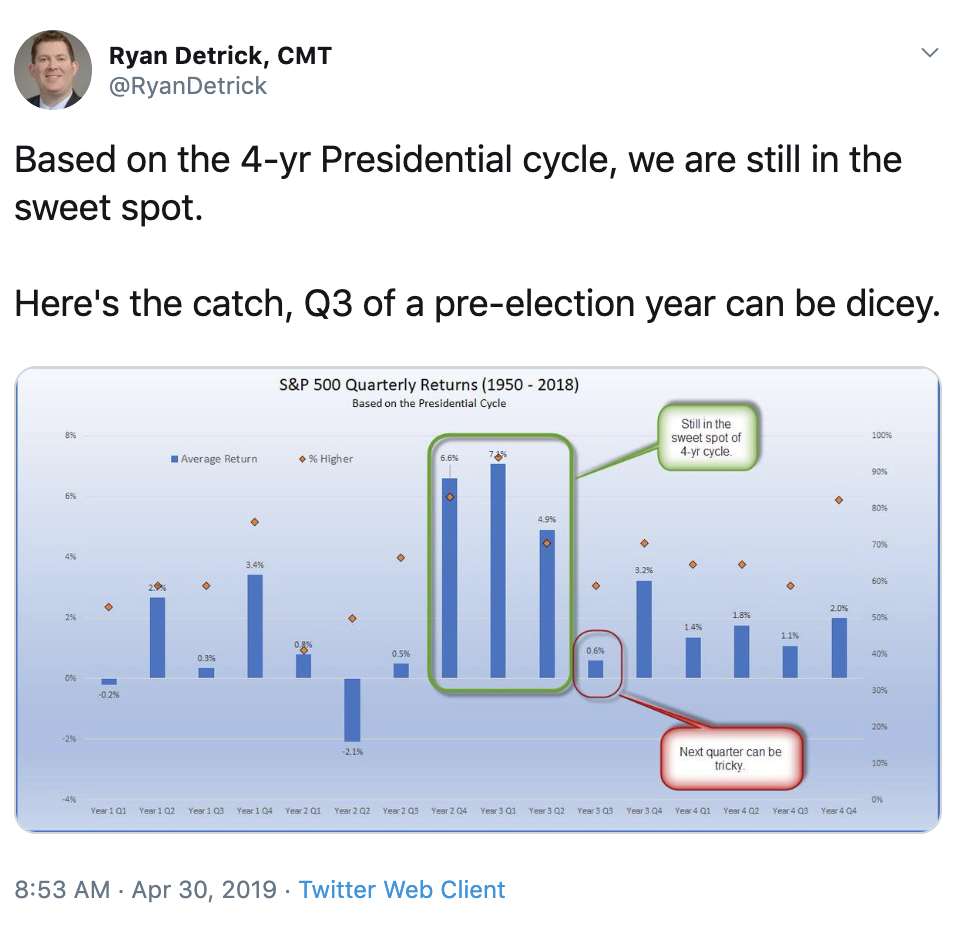 These cycles and seasonal trends don’t exist in a vacuum. Of course, there are many factors that will influence how the next six months will play out, and past performance isn’t indicative of future results. However, we’re in this game to make money and in order to do so, it helps to weigh every piece of evidence that we have. To simply ignore this data point would be foolish. It’ll be interesting to see how “Sell in May and Go Away” plays out this year. We’ll be sure to report back on this at the end of October. In the meantime feel free to contact us with any questions.