Ari Wald, Head of Technical Analysis at Oppenheimer, was on Bloomberg’s ‘Smart Charts’ segment with Abigail Doolittle yesterday discussing his current thoughts on the overall market and an
individual large cap he is bullish on. The Chart Report previously covered a February appearance by Ari on Smart Charts here and a March Fast Money appearance here.

Looking at the S&P 500, Ari is bullish but notes that a continued rise in the number of S&P components above their 200-day moving average will make him even more bullish. This number is currently at 50% and Ari would like to see it get up towards 60 – 70%. Why? More stocks participating to the upside will pull the underlying index higher. Also, statistically when breadth is this positive investors can expect to see a period of above average returns. A recent example was the 2015-16 market as seen in the chart below. “The depleted conditions in December 2018 was the worst in years, notes Ari. Now we’re looking for a new bull market.” 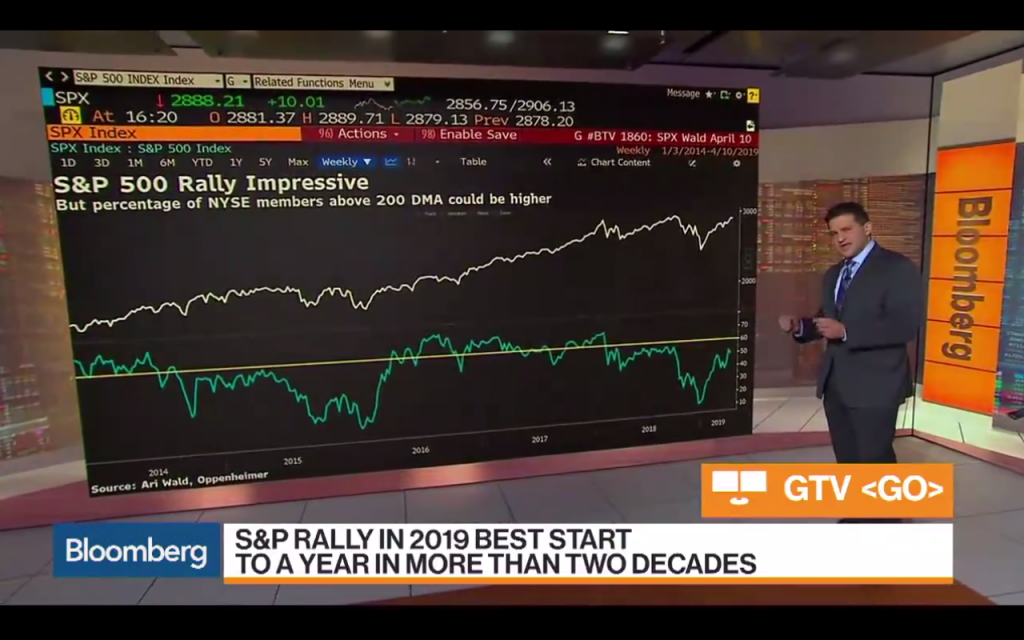 So is there anything preventing expanding breath? Yes – value sectors like Energy, Financials and Small Caps. Looking at the Russell 2000, all eyes are on the 1,600 level, which coincides with a downard sloping 200-day moving average and resistance from the October highs. If Small Caps are able to muster up a breakout, Ari is confident we will see a price surge follow. 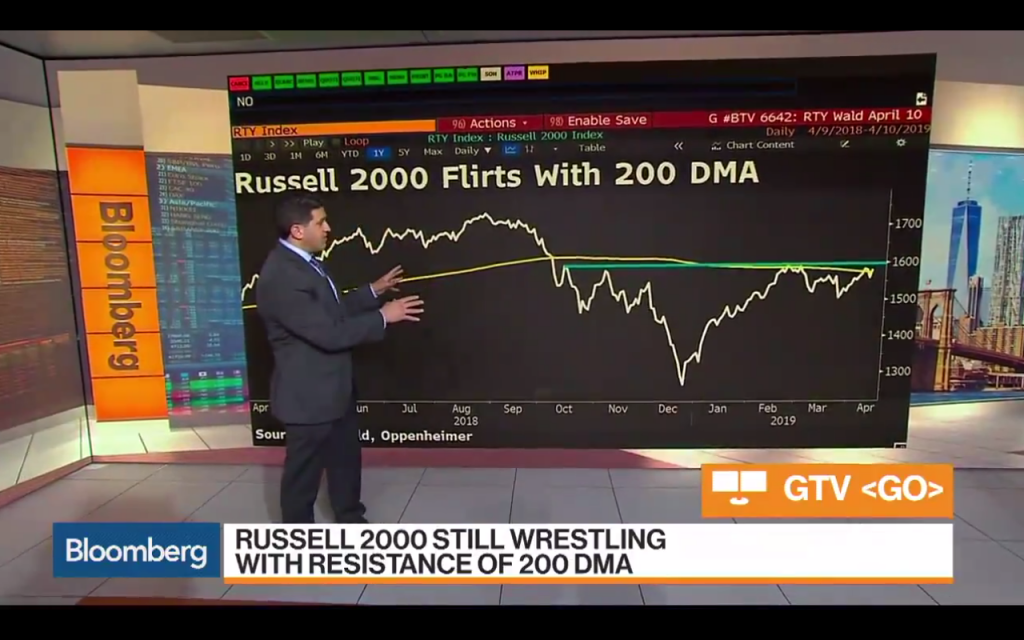 Looking at an individual name, Ari likes Amazon (AMZN). “Root for the weak, invest in the strong. The strength is still in the large-cap growth names and I think Amazon is going to get going again.”  The weekly MACD is diverging positively for the first time since 2014, the four year uptrend was never breached and we are breaking through the 200-day moving-average around 1,730. “The uptrend is resuming with an inflection in momentum,” Ari concludes. 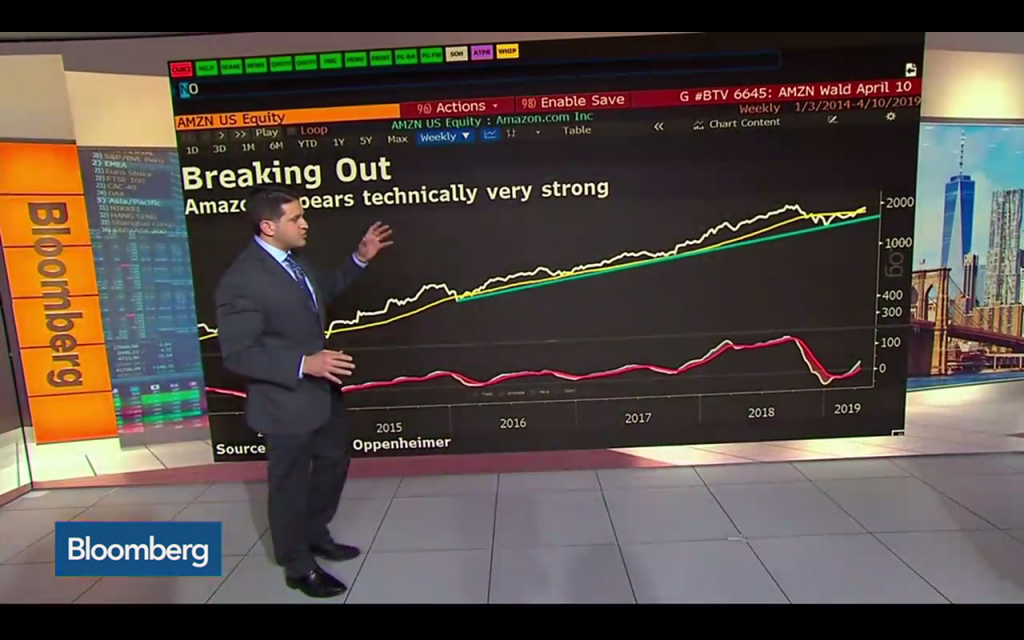 Ari brings up a handful of important topics to be monitoring in this video and we agree. Thanks for reading and feel free to Contact Us with any questions or feedback!