Yesterday, the Dow Jones Industrial Average fell 767 points or 2.90%. News outlets had a field day with this and we saw some pretty misleading headlines like the one below. In reality, the sell-off wasn’t nearly as bad as some were suggesting. 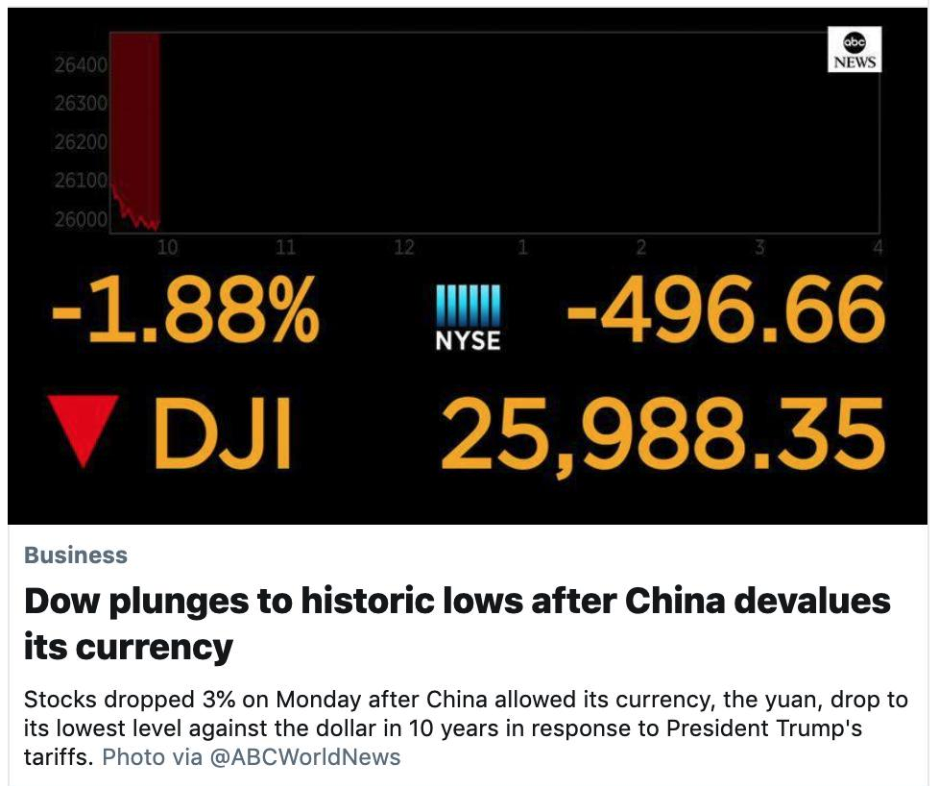 Apparently, ‘historic lows’ now means the Dow is 6% off of an all-time high. It was indeed a violent sell-off, but some of the sensationalists out there made it seem much worse than it actually was. Below is a tweet from the Perma-bears over at zerohedge where they point out that yesterday would be the third-largest point drop in the history of the Dow Jones Industrial Average. Scary huh?

If the Dow closes here, it will be the third biggest point selloff in history pic.twitter.com/R84Ob4IQcA

Sure, this stat may be true but as technicians, we know that it’s down-right irresponsible to quote drawdowns in terms of points. The Dow is a lot higher now than in the past, therefore the fact that this was one of the largest point drops in history doesn’t really mean much. Looking at yesterday’s move in percentage terms, it wasn’t even close to being one of the worst days in history like zerohedge was suggesting. Below is a table from Wikipedia that ranks the worst single-day percentage declines in the Dow Jones Industrial Average. Yesterday’s move of 2.90% didn’t even make the top-20.

When you look at the list of largest point drops, it’s not surprising to see that every single one of them occurred after the year 2000 as shown in the table below. 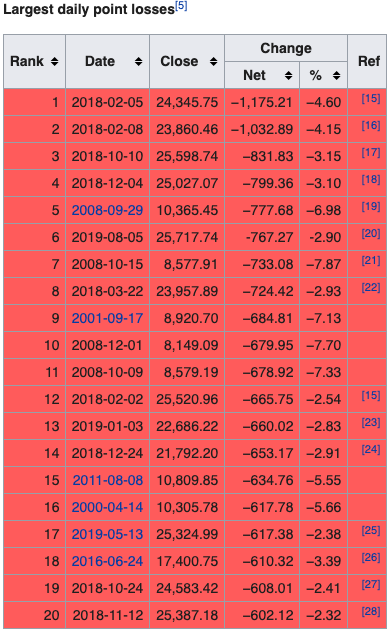 The moral of the story is to be careful with the news and people you follow in the markets. A lot of media outlets are fully aware that fear sells. I’ll leave you with this great quote from Bill Gates.

“Headlines, in a way, are what mislead you, because bad news is a headline and gradual improvement is not.”

As always, feel free to contact us with any questions.