Today, all of the major US stock indices formed what’s referred to by technicians as a shooting star candle on their daily charts. These candles were formed when price gaped up, continued to move higher before reversing and closing lower than where they opened. Shooting star candles are similar to inverted hammer candles, both have short bodies that appear at the low end of their range with long “wicks” or “shadows” extending above their bodies. The difference is that shooting stars are found at market peaks, while inverted hammers are found at market bottoms. Below is a picture from Wiley’s 2018 CMT Level 1 Curriculum book showing what shooting stars and inverted hammer candles look like. 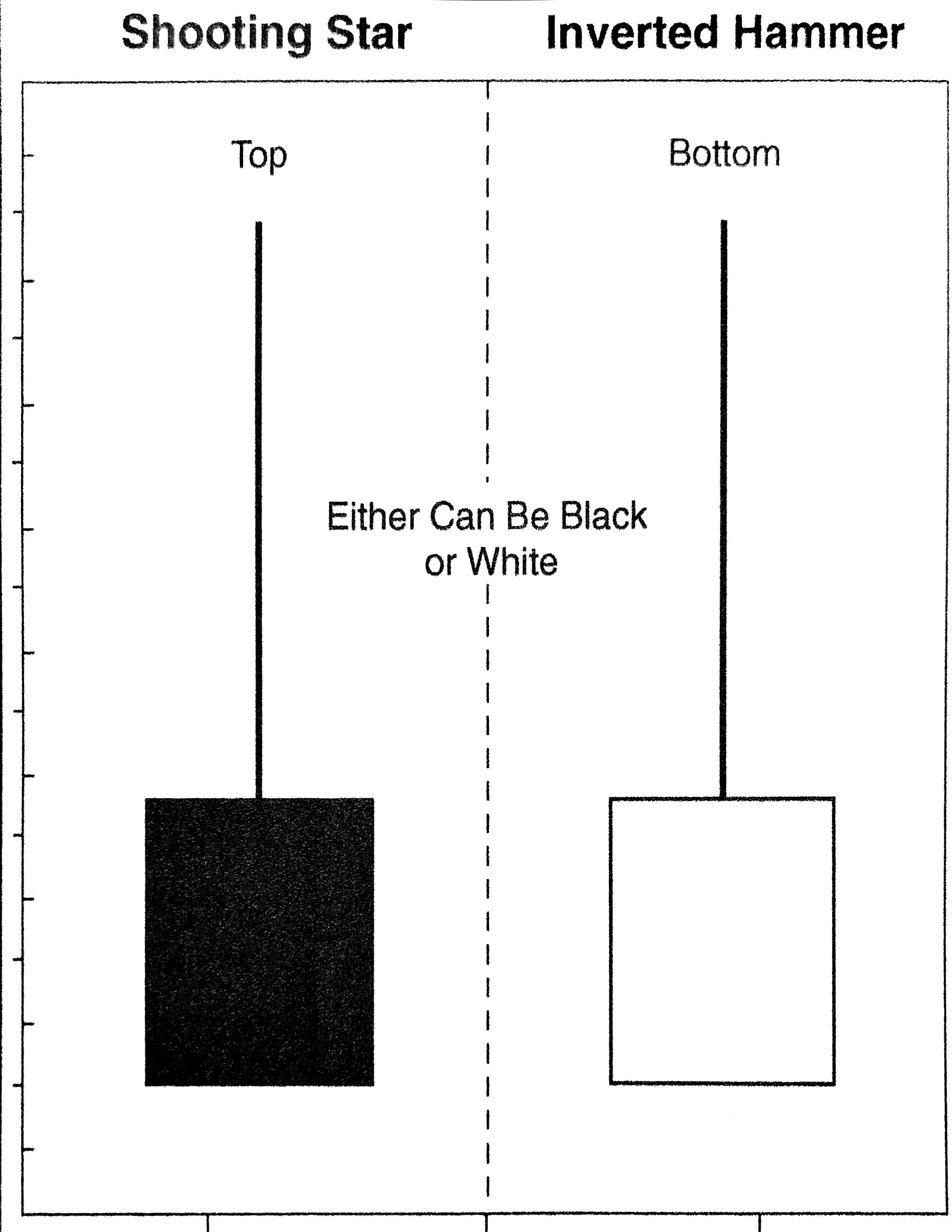 Below, is an intraday line chart of the all of the major US indices, (Russell 2000, S&P 500, Nasdaq, and Dow Jones.) You can see how today’s price action formed shooting star candles. First, the indices gapped up and continued higher to peak around 11 am, where they then reversed and all ended the day lower from where they opened. Shooting star candles on a daily chart are bearish because they signify an intraday reversal. They are especially bearish if they’ve been preceded by a sharp rally. The Dow is coming off a nine-week winning streak and is up nearly 12% in less than two months. Given this context, it’s easy to understand why technicians are concerned.

Below is a Tweet shared by @commander10 on Twitter. The chart shows the shooting star candle that was formed by the Russell 2000 small-cap index today. The Russell had one of the most bearish looking shooting star candles as it closed even lower than Friday’s close. He adds that this is happening at a significant resistance level for the index. The confluence of these two is certainly not bullish. The tricky thing about using candle-stick patterns is that they can only really be recognized in hindsight, at this point these candles simply have the potential to be bearish. Nothing is certain, but it’s a piece of evidence that needs to be taken seriously. Here’s a tweet from J.C. Parets (@allstarcharts) where he hits on the idea that candlestick patterns often fail and aren’t 100% reliable but that you shouldn’t ignore them completely. J.C. is known for his “weight of the evidence approach” to analyzing the market. To him, this isn’t a definitive bearish signal but it’s something worth considering. 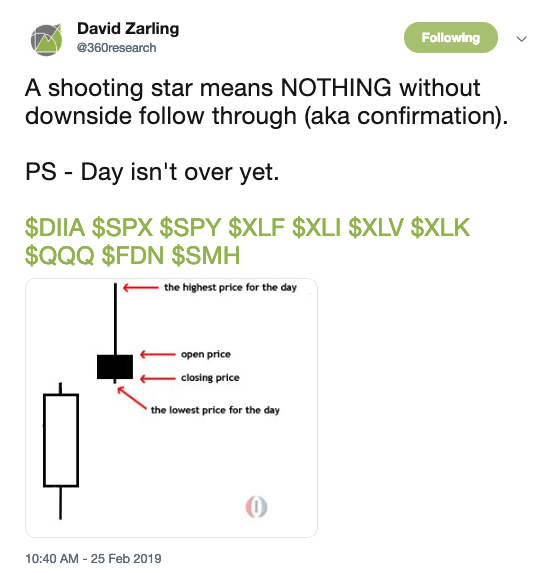 This last tweet from Andrew Adams (@DayTraderGator) really sums things up nicely. He acknowledges the need for confirmation and follow-through but also suggests that today’s candle should raise some eyebrows.

For now, it’s clear that we should watch how stock indices resolve from this potentially bearish candlestick formation. We’ll continue to monitor this going forward, and report back with any major developments.