Pot stocks have taken a nosedive this year. The largest ETF that tracks the Marijuana industry group, $MJ, hit an all-time low today and has fallen 47% in the past 12 months.

It’s a sea of red regardless of what time frame you’re looking at.

Just a year ago, sentiment around these stocks was euphoric. There was a flood of articles and magazine covers with painfully cheesy puns talking about the Marijuana industry as if it was the next Gold Rush or the Internet in 1999. Those who bought into the hype are now left holding the bag. Below is the cover of Bloomberg Businessweek from October 2018. 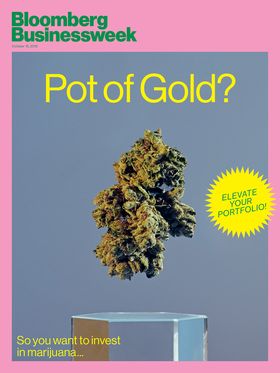 Here’s a great chart from Charlie Bilello with some interesting stats. Charlie points out that since its inception, $MJ is only up 1% (total return) while the S&P 500 has gained 54%.

Below is a Q3 2019 performance breakdown of all the S&P 500 industry groups from Frank Cappelleri of Instinet. As you can see, $MJ is at the very bottom of the list, falling 34.47% in just three months.

Here’s a look at some of the top holdings in $MJ. The two largest holdings in the ETF, like Aurora Cannabis ($ACB.CA) and Canopy Growth Corp. ($WEED.CA), are down over 50% over the past 12 months! 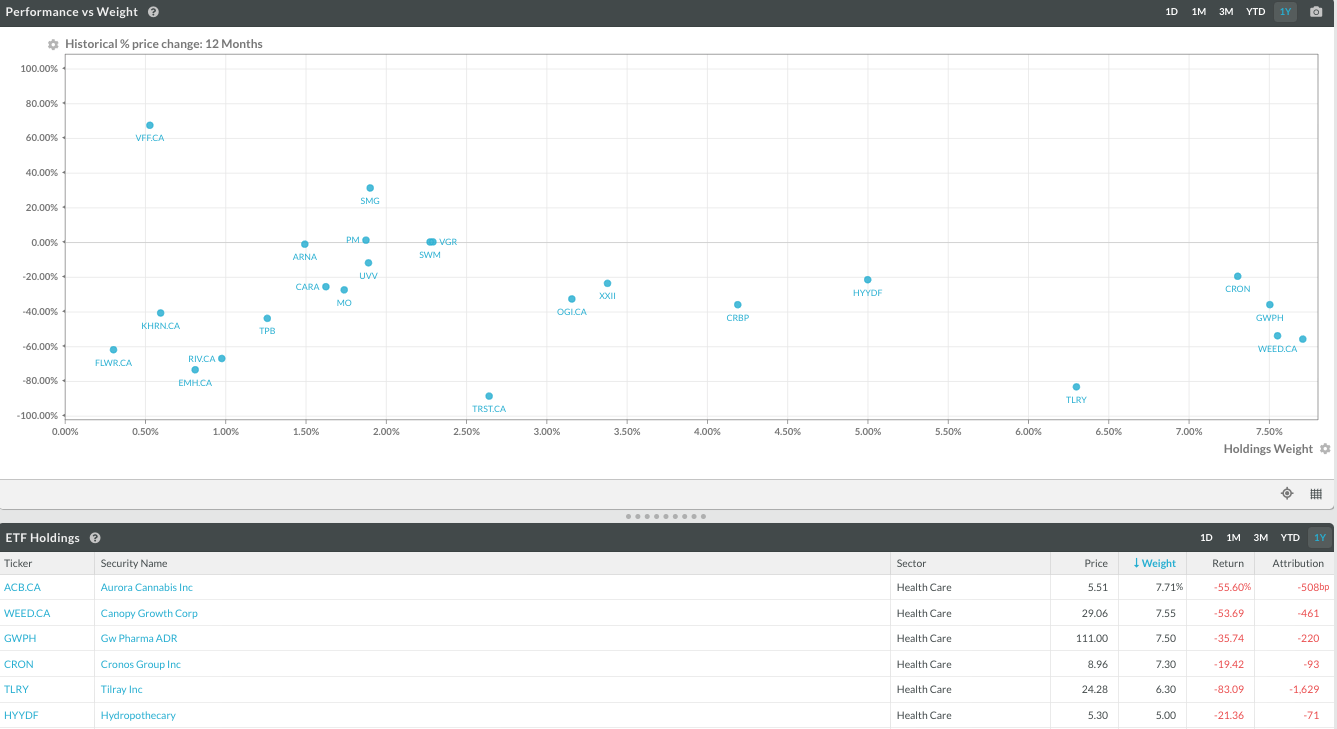 Sentiment may be so pessimistic on these stocks that they’re ripe for a bounce. However, we don’t advocate buying weakness. Perhaps the biggest lesson to take away from this is that it pays to be skeptical. I’ll leave you with the famous Warren Buffett quote:

We’ll continue to keep an eye on this and report back with any significant developments. As always, feel free to contact us with any questions.