This week, the US 10-year Treasury yield sank to new 52-week lows and sliced through some important support levels. Today, a closely watched yield spread (10-year minus 3-month) turned negative for the first time in over a decade, inverting the front-end of the curve. A yield curve inversion is a bearish signal that occurs when shorter duration Treasury notes offer a higher yield than longer duration notes. It has preceded every recession in recent history.  This development has spurred a debate about how investors should react to a yield curve inversion. Some fear this is an early sign of an impending economic recession and bear market. Others argue the signal has significant lead time and think it’s too early to sound the alarm on the US economy.

Below is a tweet from Tony Dwyer (@dwyerstrategy) He explains that this is a serious concern, but emphasizes the time it takes to impact the market and economy.

Folks, it is important to remember why the yield curve is a good economic indicator – it drives lending and money availability. When it inverts it causes banks to cut back lending and cause stress in the credit markets. As we highlighted @HalftimeReport that takes TIME to happen

Below is a healthy looking dynamic yield curve (left), next to today’s yield curve (right) that has begun to invert. It’s important to note that the curve hasn’t fully inverted yet. Right now it’s only the 3-month to the 10-year section of the curve. If and when the 30-year yield falls below the 3-month, the curve will be fully inverted. Today, the 30-year yield closed at fresh 52-week lows. 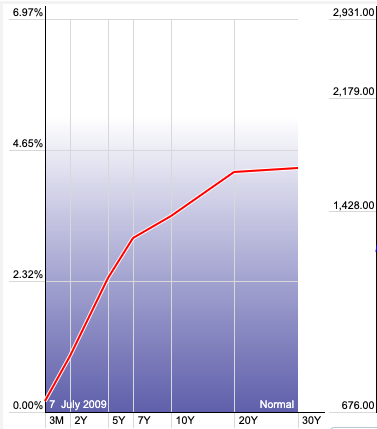 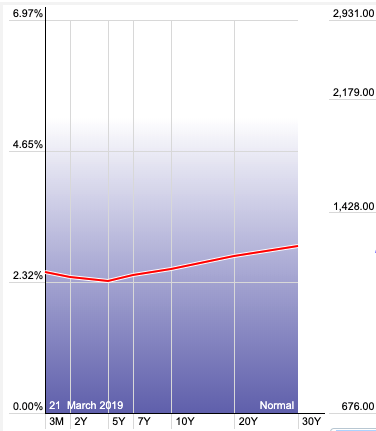 Michael then poses the question: “Is it like a law that an inversion will lead to a recession?”

Josh answers this by saying: “Something that’s nine-for-nine over 60 years is really hard to argue with, however, there are some important caveats.”

One of the most interesting caveats Josh offers is something called the Heisenberg Principle. This principle states that the act of observing a phenomenon will actually influence the outcome of the phenomenon. In other words, the fact that this is perhaps the most commonly referenced indicator of recession could be the very reason the signal fails next time. This reminds me of a quote that respected technician, Walter Deemer once said:

“The market will do whatever it has to do to embarrass the greatest number of people to the greatest extent possible.”

Given the inverted yield curve’s impressive track record at predicting recessions, it would be prudent for investors to remain cautious of the market, so long as the curve stays inverted. However, it’s important to consider that it could take months or even years to have an impact on the overall market. For now, we’ll keep an eye on the yield curve and report back with any major developments!