The January Barometer is a seasonality indicator that was first discovered by Yale Hirsch, founder of the Stock Traders Almanac. The indicator proclaims that “as the S&P 500 goes in January, so goes the year.” In other words, the performance of the S&P 500 in January predicts the direction of the market for the next eleven months. January rallied over 7% to start this year. Many technicians are saying this is a bullish signal for stocks in 2019. Others argue that the January Barometer doesn’t have the predictive prowess that many believe it does. 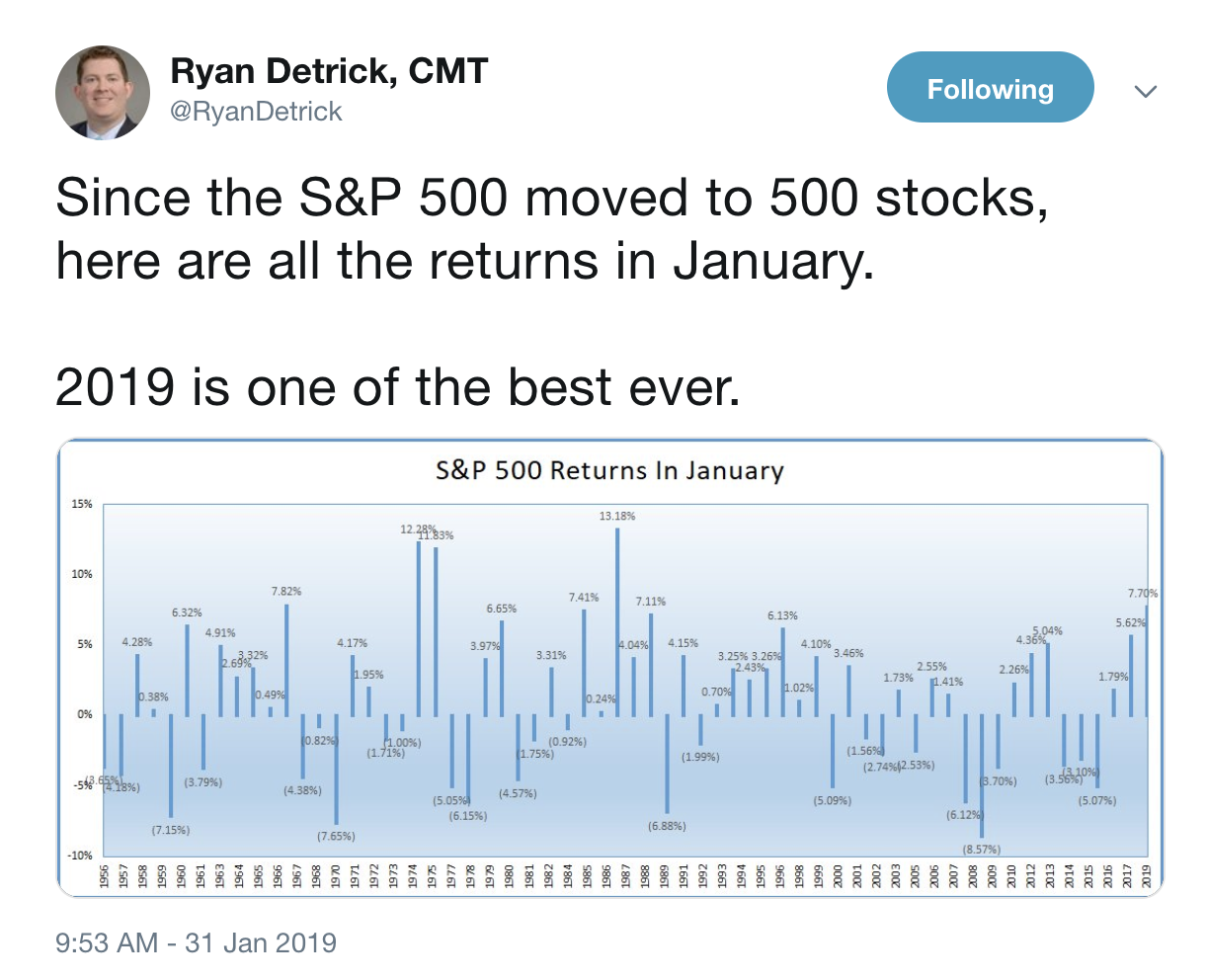 Here’s a great chart from Ryan Detrick. (@RyanDetrick) It shows the returns of the S&P 500 in the month of January, every year going all the way back to 1957. The index finished this January up 7.7%. Only four other years have seen January perform better. Even then, you have to go all the way back to 1987.

Bespoke Investment Group put out a note today titled, “5% Months.”  The note discusses the S&P 500’s performance in January. They found a lot of the same things as Ryan Detrick and highlighted how unusually strong of a month it was. They explain that there have only been 15 other instances where the S&P 500 rallied more than 5% in a month since the Great Finacial Crisis. Below is the table they provided. 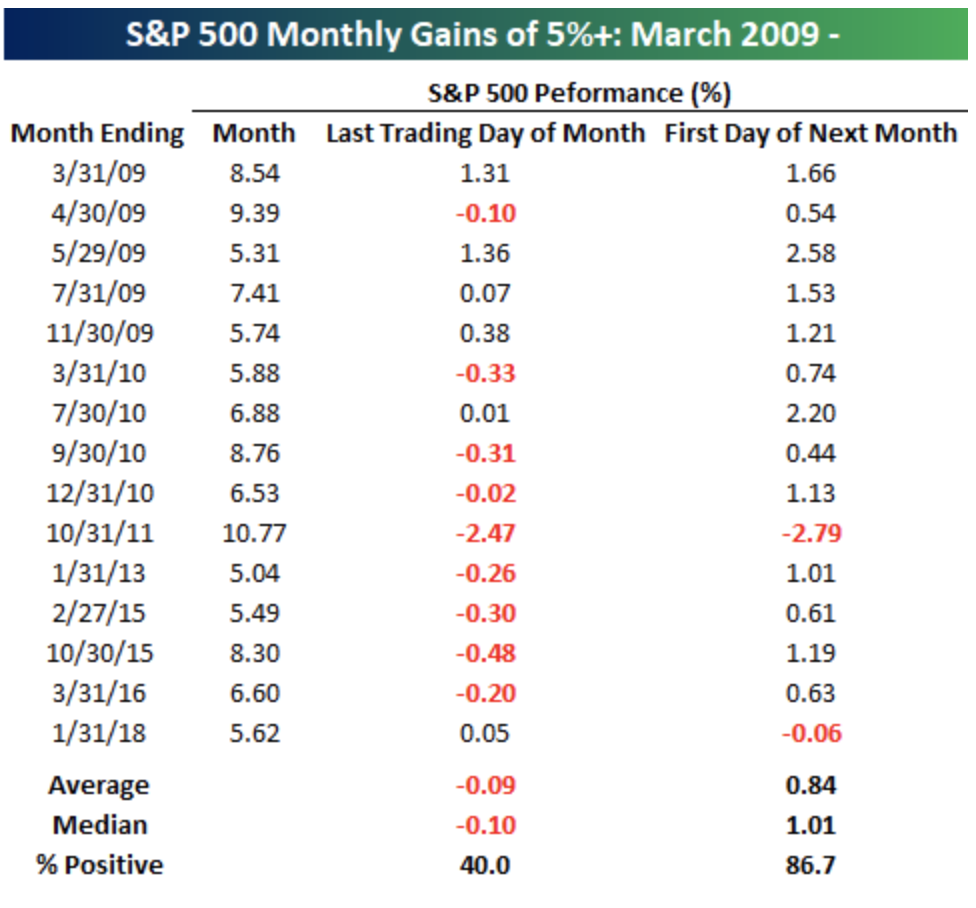 So according to the January Barometer, all this should point to strong returns for the S&P 500 in 2019 right?

In a blog post on StockCharts.com, David Keller says, “not so fast.” He explains why the January Barometer may not be as useful as some think. He stresses that the indicator doesn’t work 100% of the time. Keller suggests traders and investors should use on price and other technical tools to base their decisions on rather than the January Barometer.

Keller may have a valid point. Below is a chart shared on Twitter by @OddStats. It show’s how the S&P 500 has fared so far in 2019 (blue) versus 2018’s performance (yellow). As you can see, the January Barometer would’ve failed you last year. The index had a strong January similar to this year’s rally but still ended up having a lackluster year. 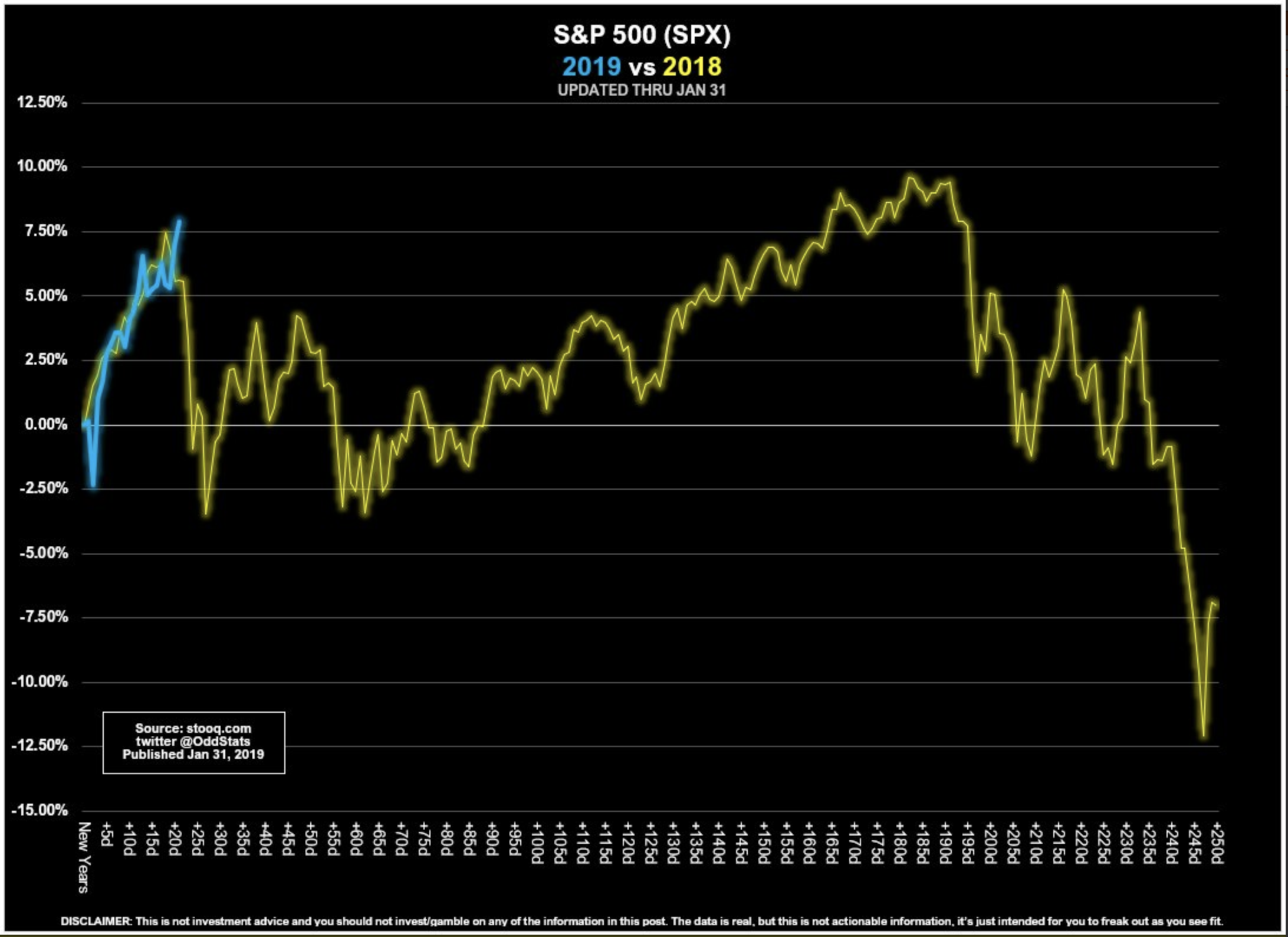 For now, David Keller’s advice is best. The January Barometer may be worth considering and this year’s strong start is certainly not a bearish. However, the indicator is just one piece of evidence and should be weighed along with all the other data points we have. If you want to read more on some of January’s seasonality indicators click here.