Jeff Saut is Chief Investment Strategist at Raymond James. He has nearly 50 years of market experience and his work is highly respected among technical analysts. Recently, Saut was featured in a video on StockCharts.com where he discussed his thoughts on secular and cyclical bull/bear markets.

He offers an interesting play-by-play of the market sell-off that we saw in Q4 2018. He thinks the initial catalyst for the selling was a result of massive hedge fund redemptions that hit the market in mid-November. Mutual fund redemptions and tax-loss harvesting exacerbated the selling. All this lead to what Saut called the three of the most intense selling days he’s seen in a long, long time.

The next thing he discusses is something his Dad first taught him, Dow Theory, which he defines as “the interaction between the Dow Transports and the Dow Industrials.” In other words, the companies that transport the goods need to be trending in the same direction as the companies that make the goods.

He says this about Dow Theory:

“It isn’t always right and it’s subject to interpretation, but, it’s right a lot more than it’s wrong.” 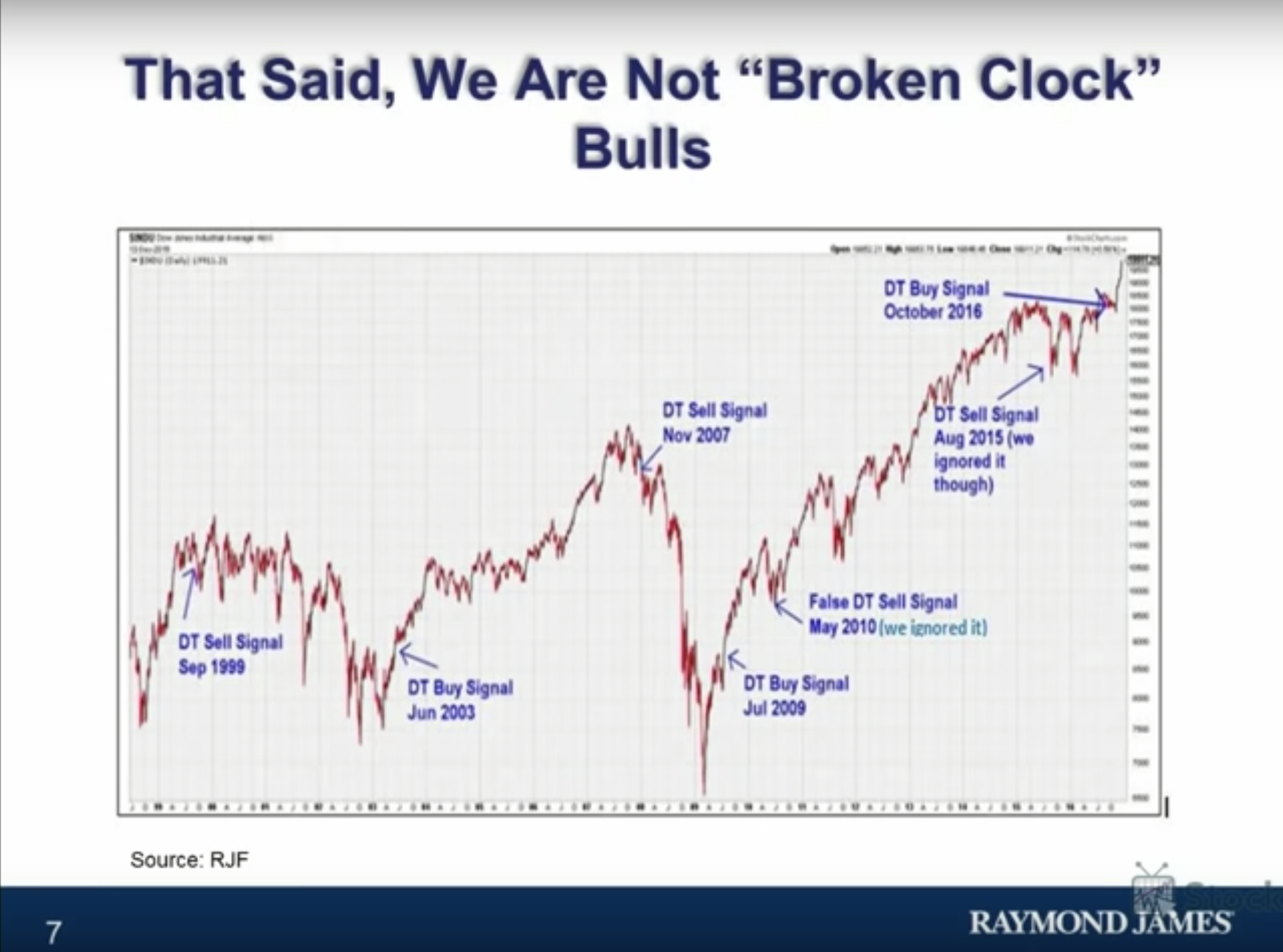 Saut shows the chart above to illustrate all the previous Dow Theory buy/sell signals to see how the signal has performed historically.

We’ve recently written about other technicians like Ralph Acampora warning of a Dow Theory sell signal. Interestingly, Saut thinks the fundamentals of the economy are healthy and don’t suggest a bear market is on the horizon.

Another interesting topic Saut touches on in the video is the debate between active versus passive investing. He uses this fact that the average University of North Carolina graduate earns over $1million more on average in their career. The reason for this is because one graduate, and basketball star, Michael Jordan, earned so much money in his career that he skewed the data. He says something similar happens when experts try and argue passive is a better strategy.

A lot can be learned from listening to market veterans like Jeff Saut. You can watch the entire video here.