“Bull markets are born in pessimism, grow on skepticism, mature on optimism and die on euphoria…”

We are staring at a rally that a majority of market participants truly hate. There is a lot of noise out there these days, including the back-and-forth from both sides of the political aisle and, of course, the yield curve paranoia. Overseas we have the Brexit debacle. On top that, we have many pundits claiming that we are the 10th year of the bull market, and this apparently has crossed some threshold for how long bull markets are allowed to last. In fact, one could argue that “pessimism” has become quite the buzzword recently:

Oh, and don’t forget about the worries over Q1 earnings*:

*Please keep in mind that 150 points on the $DJIA is a roughly 0.50% move. Pretty normal behavior. But it sounds big to many headline skimmers.

Even Morgan Stanley is telling its clients to “get defensive”: 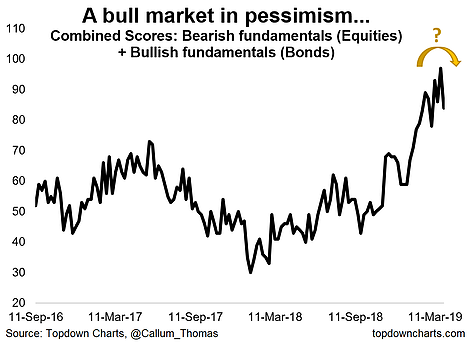 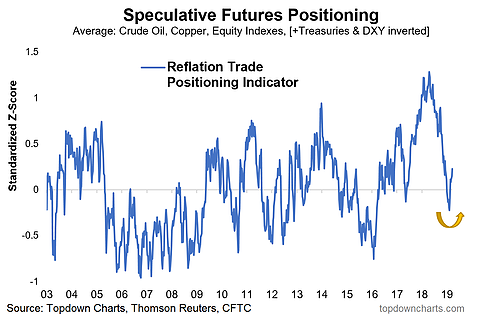 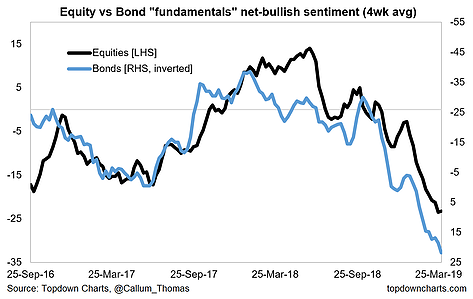 Michael Kahn also pointed out in a piece earlier this week that we seem to be “faced with a rally nobody likes and everybody thinks it ready to roll over and die.”

It’s an interesting predicament, given all the positive technical developments brewing under the surface. If we put aside the negative rhetoric and look at the charts, it’s really not a horrible environment for equities, domestic or foreign. 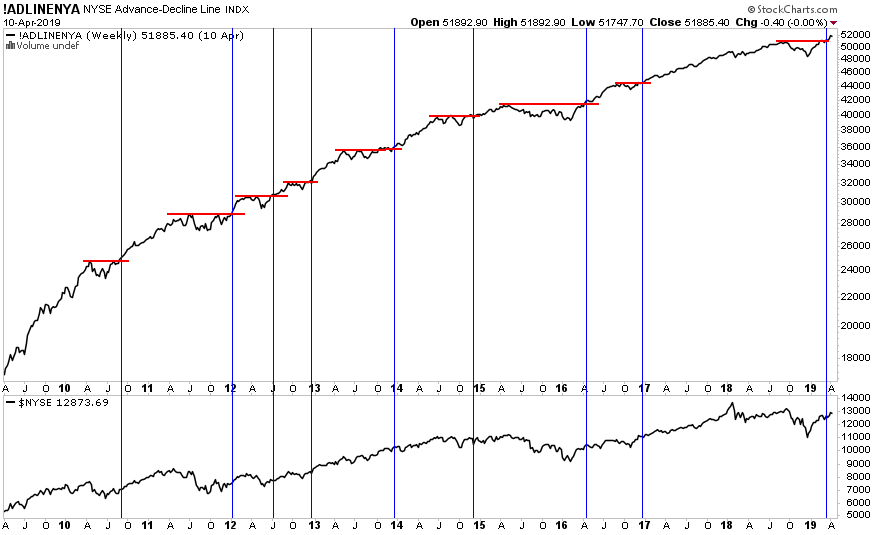 The Dow Jones Transportation ($DJT) Average seems to have ended it’s downtrend and is moving higher:

The relationship between Consumer Discretionary ($XLY) and Consumer Staples ($XLP) has broken to new highs:

And what about outside the US?

Emerging Markets ($EEM) are breaking out of a consolidation zone:

J.C. Parets mentioned last week that the Global Dow ($GDOW) is breaking the downtrend from its 2017 highs: 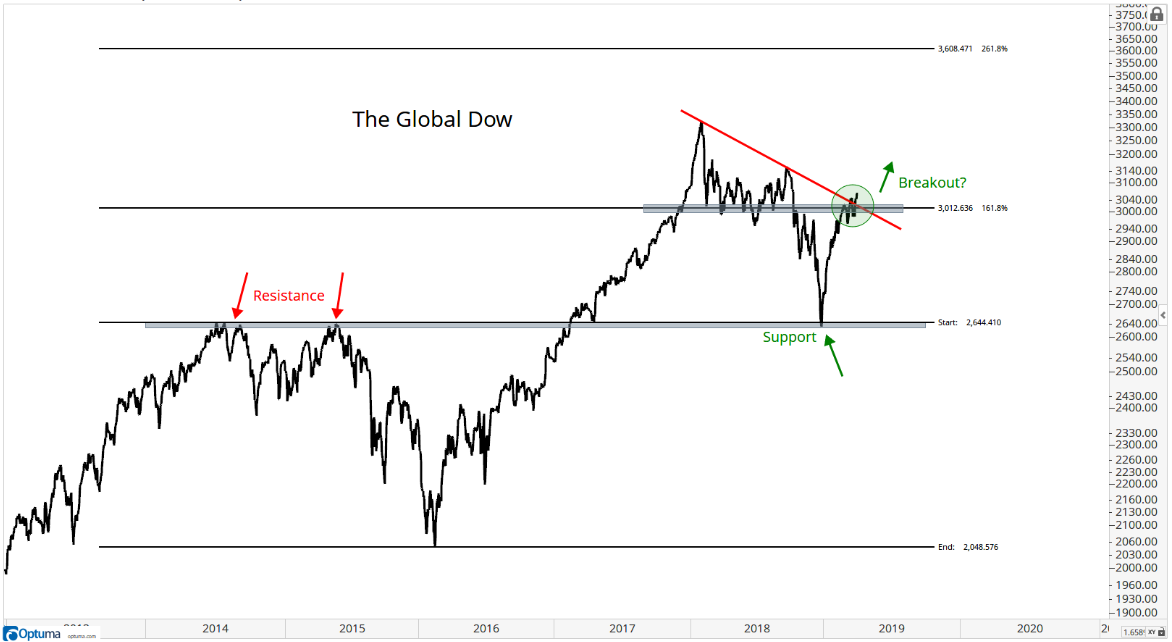 We also mentioned last week, right here on The Chart Report, that Chinese equities are seeing a very bullish move, coming off a 5-week consolidation period.

So, again, why all the pessimism? Markets around the world are chugging higher. Breadth and participation are solid. Rotation between the various sectors is healthy, with the proverbial baton of leadership being passed back and forth between them. Even oil is steadily moving higher. It is strange that so many are convinced this has to all come to and end in the near future. Maybe it does, maybe it doesn’t. With that being said, I leave you with the second half of the quote mentioned above:

It’s a tale as old as time, or at least since the Dow Jones was created in 1896.