Gold has had an impressive run this year. It’s up 25.35% over the trailing twelve months, while the S&P 500 is only up 2.59% over the same period. However, several traders and analysts have pointed out that Gold is forming a head and shoulders top on the daily chart. Gold futures are currently down over 2% on the day and trading at $1,473 per ounce.

For those unfamiliar with the head and shoulders pattern, it’s a bearish chart pattern that signals a potential trend reversal. As the name suggests, it resembles a head and two shoulders. The peaks that make up the right and left shoulder are typically the same height while the head, in the middle, is the tallest peak.  The pattern is confirmed when price breaks below the line that connects the two troughs, known as the neckline. 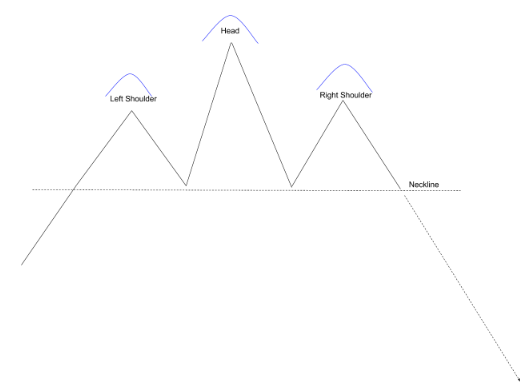 The chart below is a daily candlestick chart of the Gold ETF, $GLD. As you can see, price has clearly formed a head and two shoulders and is now breaking below the neckline. 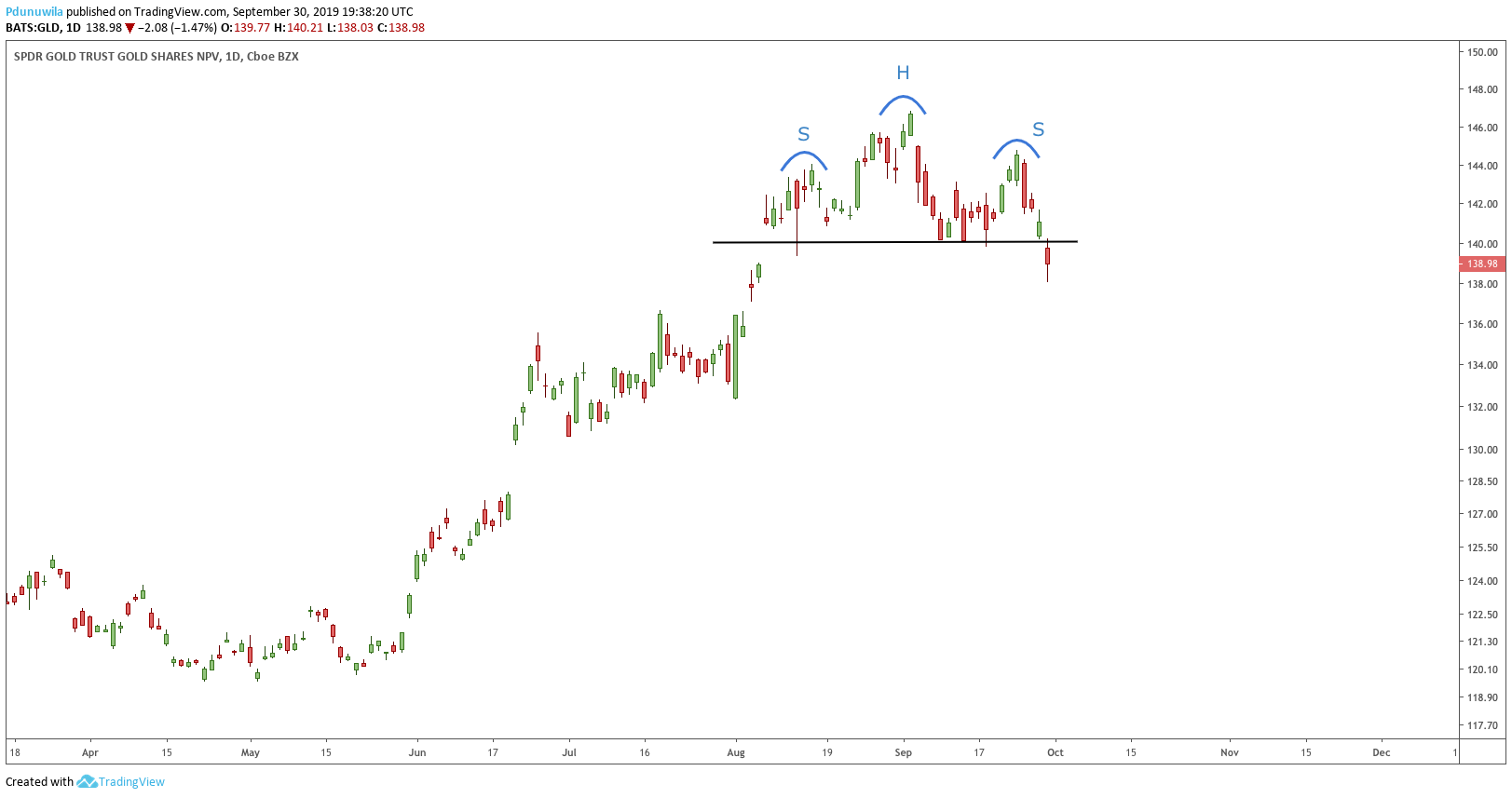 In the tweet below, Michael McKerr of TD Ameritrade points out that Gold fell sharply below the key $1,500 level today. This level acted as support for nearly two months. A price target for the head and shoulders pattern can be calculated by measuring the height from the neckline to the head and subtracting that distance from the neckline. In this case, the measured move would bring gold down to about $1,425 per ounce.

#gold dropping sharply below $1,500/oz after Head & Shoulders pattern neckline is broken. 100% extension of the pattern's target would be around $1,425 which is around the 100 day MA. MACD now crossing below 0 line. $GC_F pic.twitter.com/V8vZAzBjzu

Mark Newton of Newton Advisors explains that traders should anticipate weakness in the near-term as long as Gold is below the neckline at $1,485.

#Gold and silver both breaking down today- Gold under 1485 signifies a break of a 2month Head and Shoulders pattern that should allow near-term weakness for Precious metals $GC_F pic.twitter.com/HGWglazlqe

The chart below was shared in a short blog post written by Chris Kimble. It shows that the popular Gold Mining ETF, $GDX is also exhibiting the same pattern.

It’s important to note that chart patterns don’t always work the way they’re supposed to. However, this pattern is certainly worth keeping an eye on considering the rally that Precious Metals have had so far this year. We’ll continue to monitor this pattern and report back with any major developments. As always feel free to contact us with any questions.