In the last week, one area that has seen strength (and a lot of attention from traders and investors alike) has been Financials. This sector is commonly regarded as one of the most important in the market, given that it is a 13% weighting in the S&P 500 ($SPX) and an 18% weighting in the Dow Jones Industrial Average ($DJIA). Thus, if it can show some sustainable strength, this would bode well for stocks as a whole.

Julius de Kempenaer brings to our attention that Financials ($XLF) have now reached the leading quadrant on the Daily RRG: 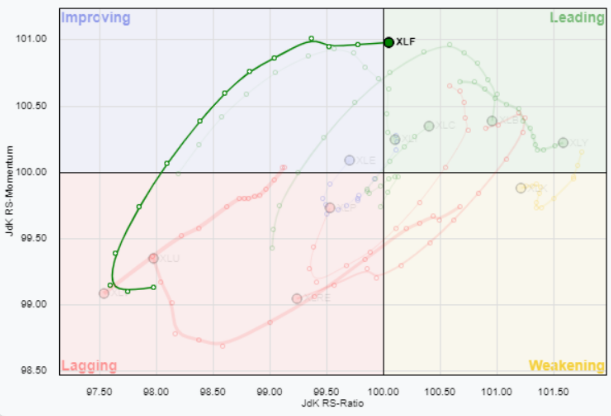 He also makes two points about the actual price chart:

1.) The sector is now moving above previous resistance from Q4 of last year, around the $27 area, and…

2.) The relative strength in Financials is picking up, breaking the downtrend it has been in since mid-January.

However, while some may consider this an inverse “Head and Shoulders” pattern, Julius does not see it that way, stating “one of the most important requirements for an inverse H&S to be legit is that it needs to be formed at the end of a trend; with a pattern that stretches over a period of seven months, that would have to be a big (down)trend. That is not the case here.” 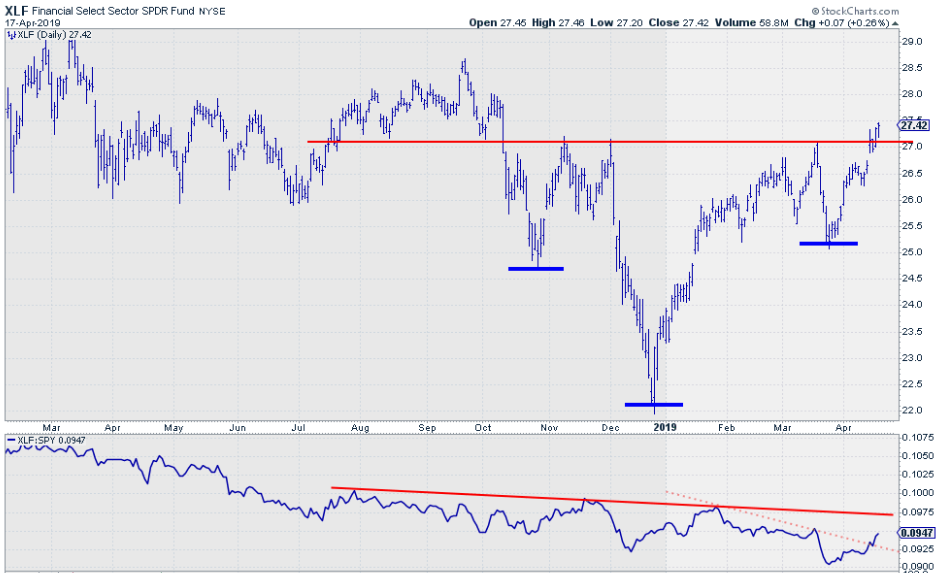 Mark Newton also mentioned the breakout in relative strength from Financials in a recent note. Below is another example of $XLF versus $SPX: 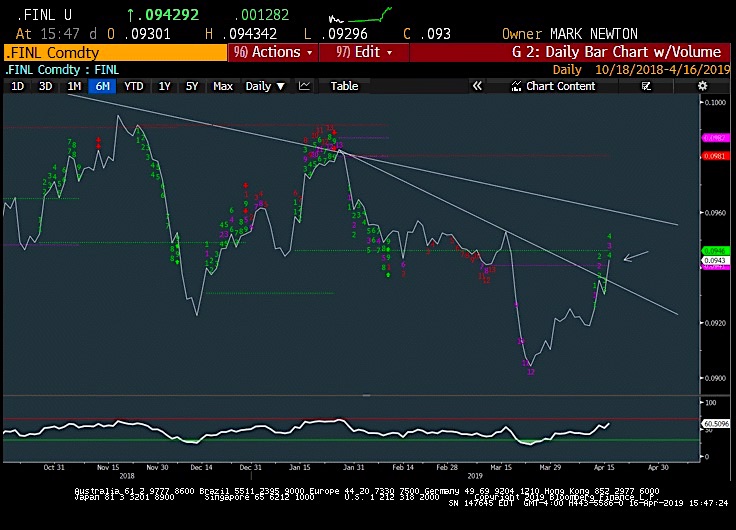 Zooming out a bit, Chris Ciovacco shows that this relationship between Financials and the broader market is bouncing off the lower range of a multi-year channel, going back to 2011: 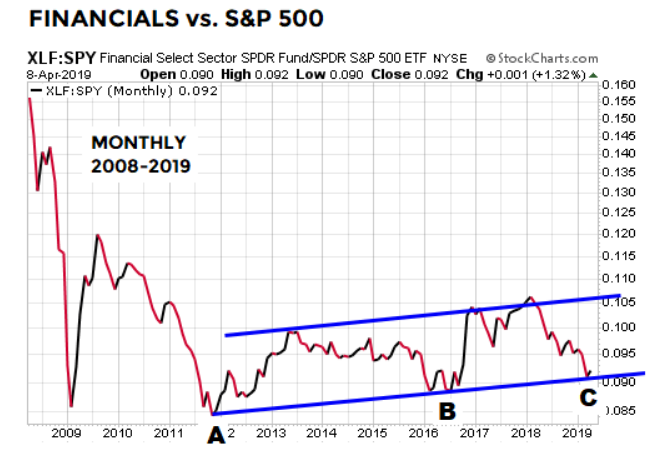 As for individual names, Greg Schnell pointed out a few Bank charts that have been acting well as of late, namely JPMorgan ($JPM), Goldman Sachs ($GS), and MorganStanley ($MS): 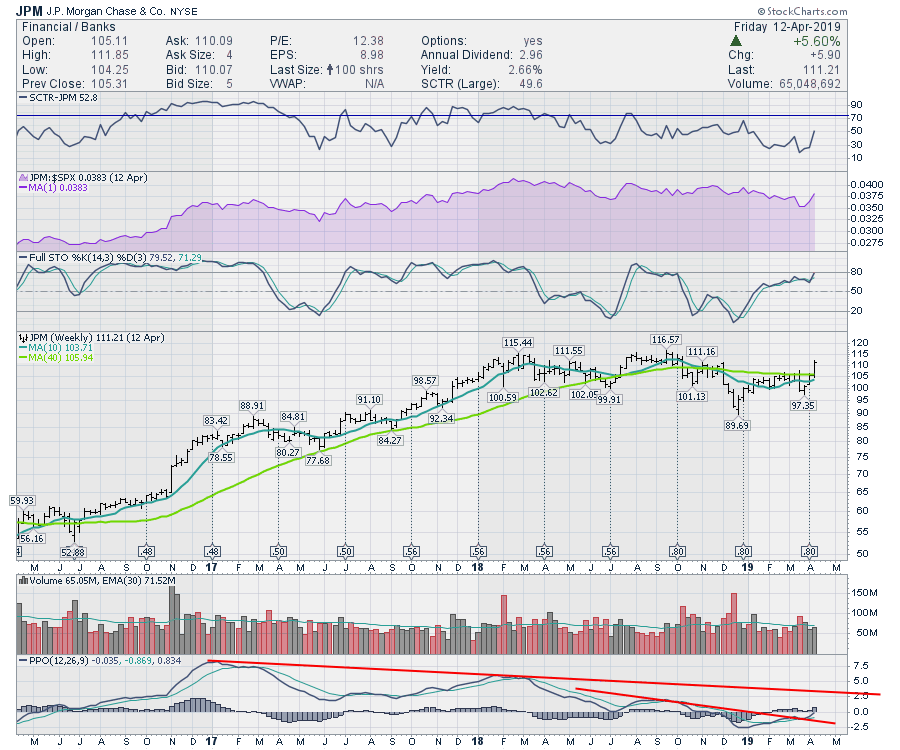 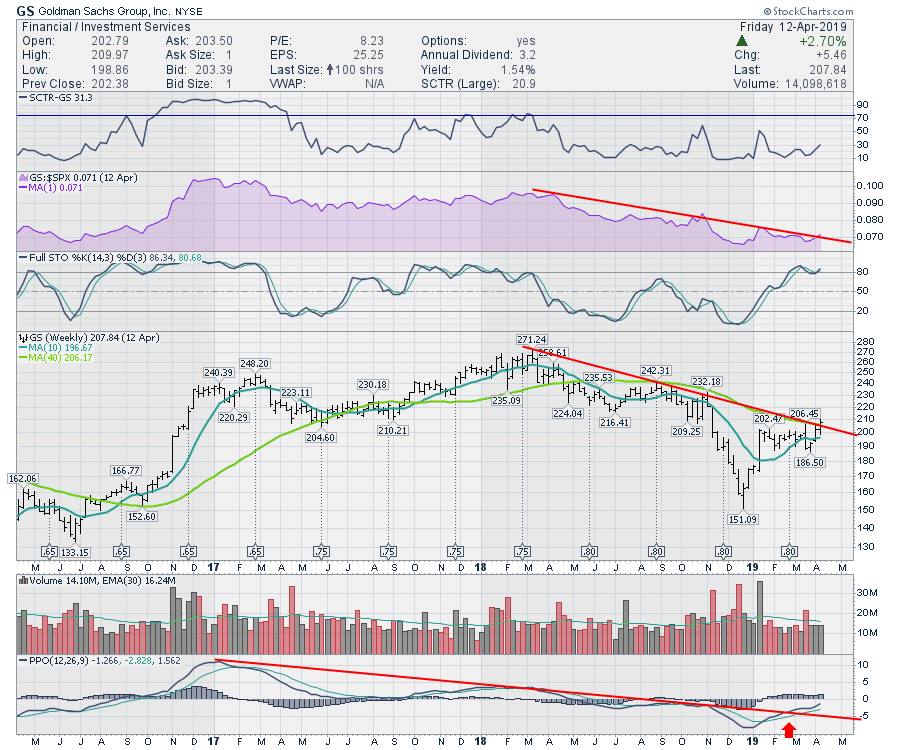 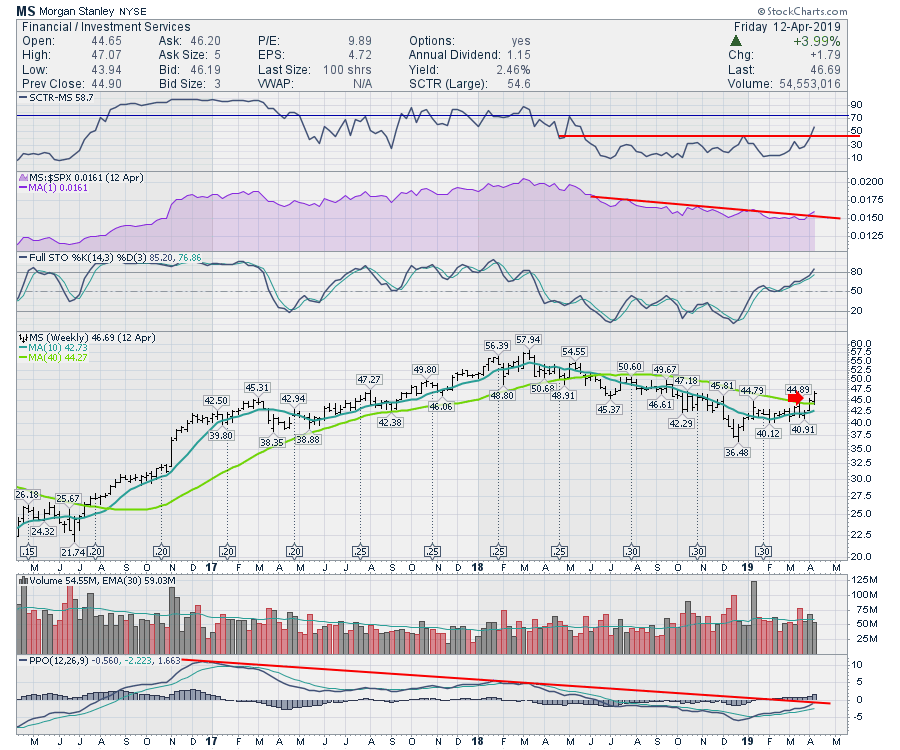 Outside of Banks, another area that is setting up for potential new highs are Broker-Dealers & Exchanges ($IAI): 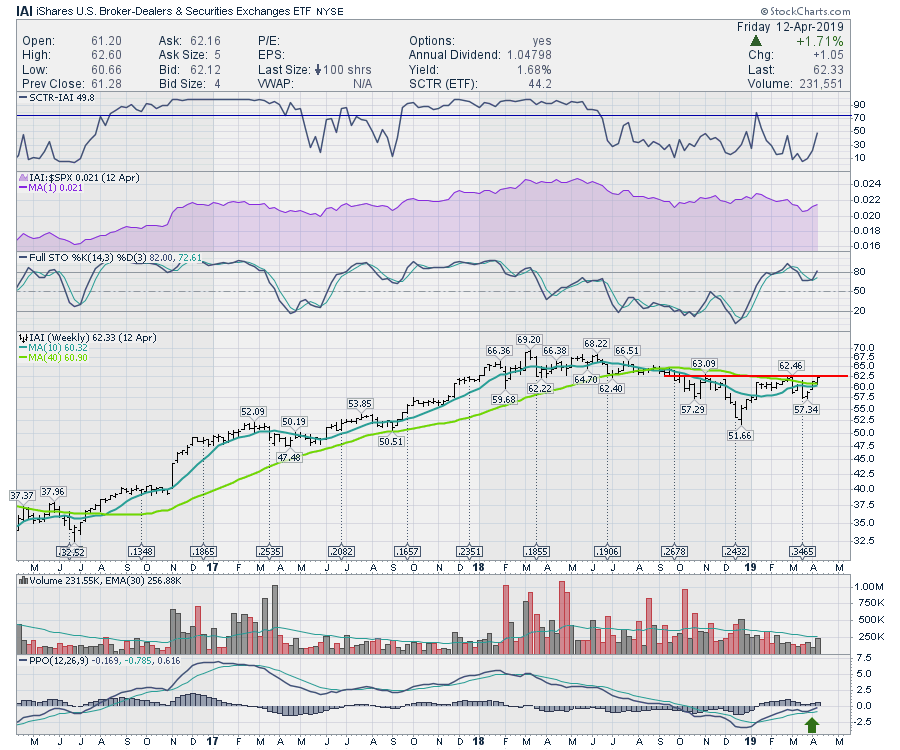 CBOE ($CBOE) is one component that has already begun to make a strong move to the upside:

While it may be early, we are certainly seeing a lot of strength in the Financials sector. The major SPDR ETF, $XLF is breaking to new highs and lots of positive developments are occuring beneath the surface, particularly among the Banking stocks. If Broker-Dealers can manage to breakout as well, this should add to the bullish momentum we have already seen.