Financials are certainly a space that we have covered a few times on this site, both in April and June. This sector continues to be an area of focus for many investors out there. In fact, Financials have outperformed the broad market over the last three months. It is also the third highest-weighted sector in the S&P 500 ($SPX) at roughly 13%, behind Technology ($XLK) at 21% and Healthcare ($XLV) at 14%. Further, it is the highest-weighted sector in the Russell 2000 ($RUT) at over 16%.

While some barometers of the Financials sector are still below their previous highs, $IYF has broken out:

$IYF iShares US financials ETF 1D: above a tested level of resistance pic.twitter.com/7sY0MVjGAz

Here's the weekly chart of Financials. How's that look to you? $XLF pic.twitter.com/BT52ngWeyX

From a breadth perspective, this sector seems to be strengthening as well:

Financials are firming with more issues above their respective 200-day average than at any point over the last 16 months. pic.twitter.com/ToaXVWSrG6

So what are individual stocks that technicians are looking at? Well, we have discussed Insurance ($KIE) names in the past and they continue to look very strong. As you can see from Dan Russo’s chart below, this industry has been in a steady uptrend for a while now:

“The SCTR ranking has moved above 75, which is a great clue that the stock price is moving better than most of the large-caps. Citi’s SCTR has just moved to its highest level in over a year. The full stochastic indicator gave a nice bullish bounce around the 40 level. The stock has clearly broken the down trend, and a move above $73.73 would be a new 52-week high. Lastly, the PPO is accelerating above zero, which is very bullish.” 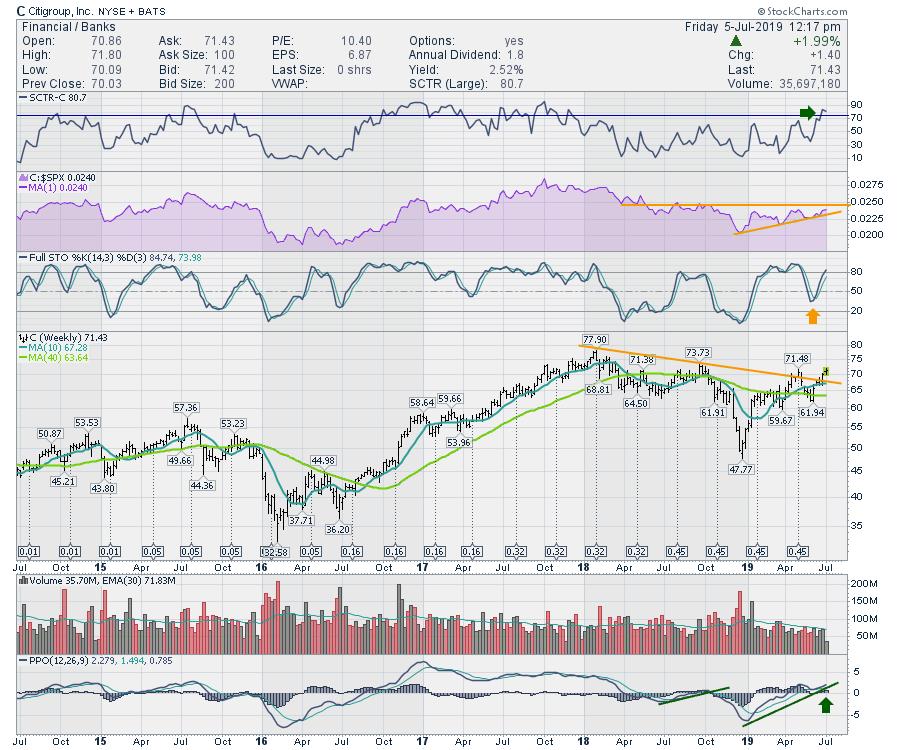 “Once again, the SCTR is at the highest level in a year. The relative strength in purple compared to the $SPX has marginally broken the downtrend. The next sign of progress would be making new 6-month highs on the purple-shaded indicator. The full stochastic is up near 80. For quick traders, the full stochastic can be a sell on a daily chart, but we can see that it can stay at a high level for months, so this is bullish on a weekly chart. Goldman made a new 6-month high this week, which is a bullish development.” 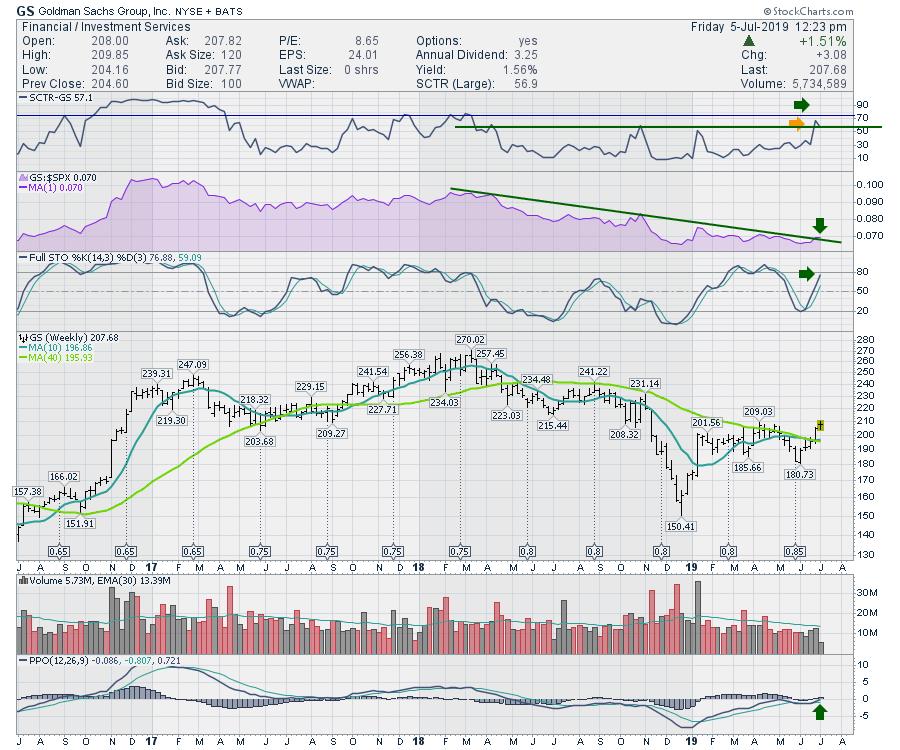 “This stock has a lot of average signals on the top of the chart, but the flat line on the price chart suggests any breakout here is a big deal. An alert for a move above $115 looks like a nice entry.” 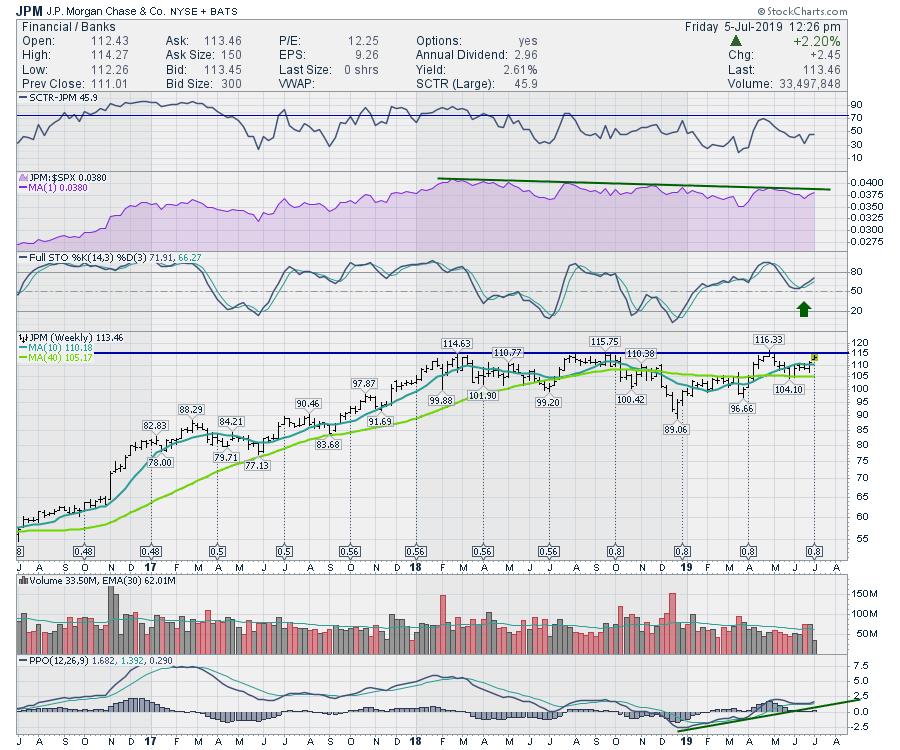 Among the Exchanges, Nasdaq ($NDAQ) and Intercontinental Exchange ($ICE) look quite strong as both are moving above former resistance:

$NDAQ Nasdaq …Big base. Not a perfectly clean retest, but we'll take it. pic.twitter.com/Ojfl66m3jb

While Insurance has been the leading industry in this space for a while now, seeing Banks ($KBE) and Regional Banks ($KRE) begin to participate would be a positive sign. Other areas such as Financial Exchanges and Broker-Dealers ($IAI) have been trending higher, too.