US stocks ended the week on a strong note with the Dow Jones Industrial Average closing up 444 points or 1.74%. Today marked an eight-week winning streak for the Index.

All 11 of the S&P 500 sectors were positive today. Financials were a clear winner, closing higher by 2.13%. Utilities lagged a bit but were still higher by 0.31%.

Crude oil hit a three-month high today, closing higher by 2.2% to settle at $55.59 a barrel. Gold was relatively unchanged but continues to hold steady around the $1,300 level.

A reminder, that both the US stock, and bond markets will be closed Monday, February 18th in observance of President’s Day.

Here are some of the best charts, blogs, and ideas being shared on the web today. Enjoy!

Today’s chart of the day was shared on Twitter, by Dan Russo. Dan is the chief market strategist at Chaikin Analytics and a respected technician. (@DanRusso_CMT). The chart is a ratio chart of the small-cap Russell 2000 ETF relative to the S&P 500. Ratio charts are helpful in understanding which asset class is performing better than the other. You can see that so far in 2019 small-caps have significantly outperformed their larger-cap peers. When the smaller, riskier stocks are performing better than the larger, safer ones it shows us that investors have a healthy appetite for risk. Traditional support and resistance rules apply to these ratio charts. Dan points out that the ratio recently broke out above resistance, suggesting that small-caps will continue to shine.

Bullish Opportunities Brewing in Financials? – The Chart Report
Mark Newton is a respected technician and founder of Newton Advisors. He made an appearance on CNBC Wednesday where he flipped through the charts of two sectors, in particular, Tech and Financials. Mark thinks financials will start to outperform in the near-term.
You’ve Got to Stay Away From This Stock – The Chart Report
Ari Wald is the head of technical analysis at Oppenheimer. He was on CNBC earlier this week to talk about where he thinks the shares of Activision Blizzard are headed. He warned viewers that the chart looks ugly and thinks investors should “stay away.”

Day After Presidents’ Day: Improving, But Record Still Bearish -Jeff Hirsch
Here’s a quick read from Jeff Hirsch, explaining how the market has historically performed the day after Presidents Day. Jeff Hirsch is an expert in stock market seasonality and author of the Stock Traders Almanac.

Gathering Evidence – David Keller
David Keller is a technical analyst and expert in behavioral finance. He wrote this insightful piece today about inter-market analysis and the relationships between asset classes. He stresses the importance of having a clear process to eliminate emotional decision making. 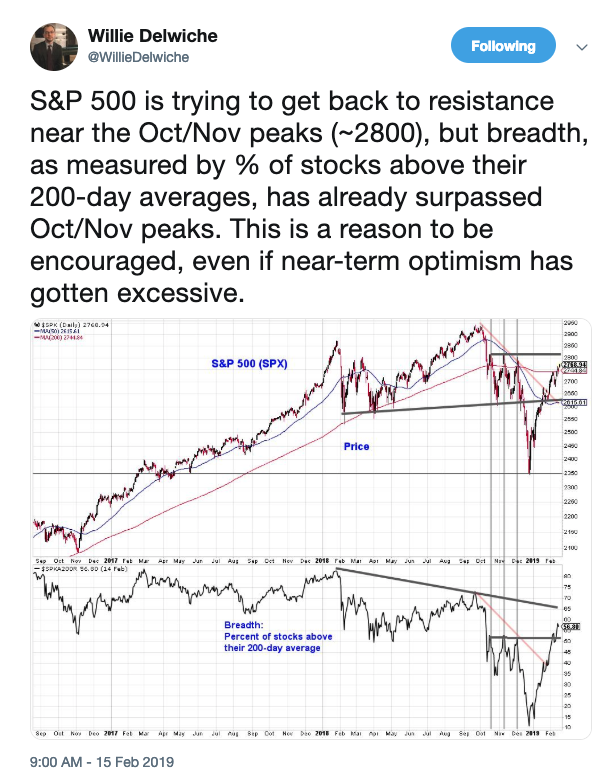 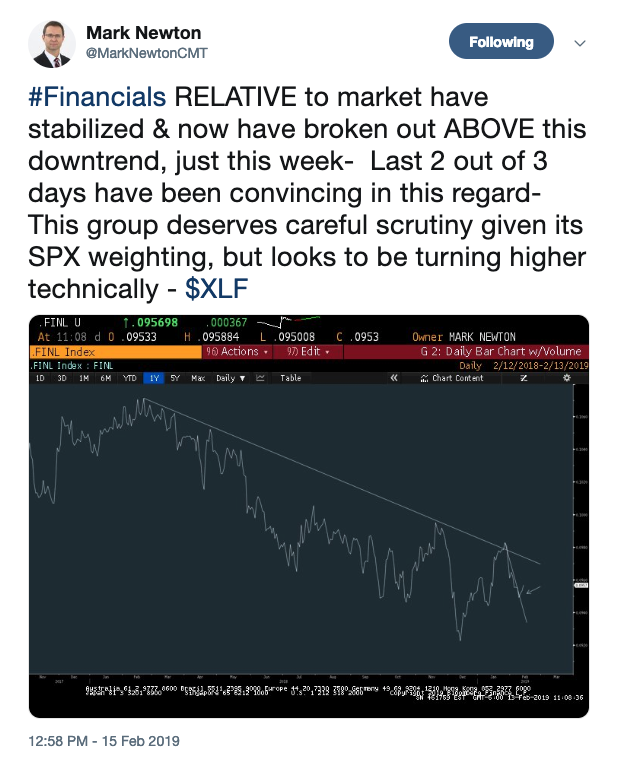 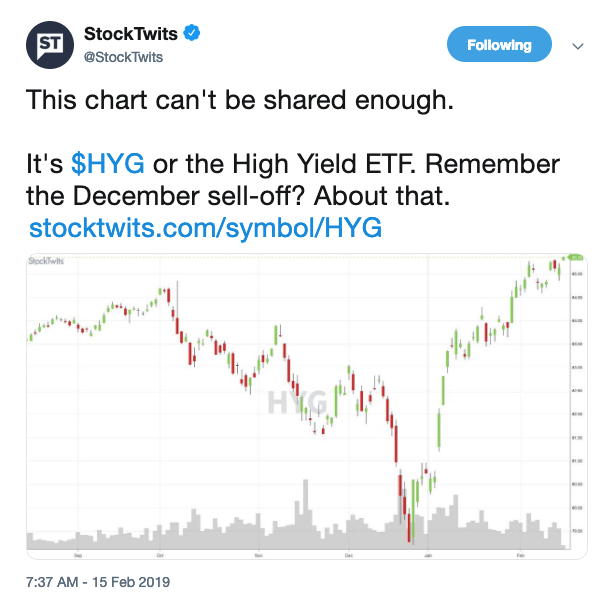 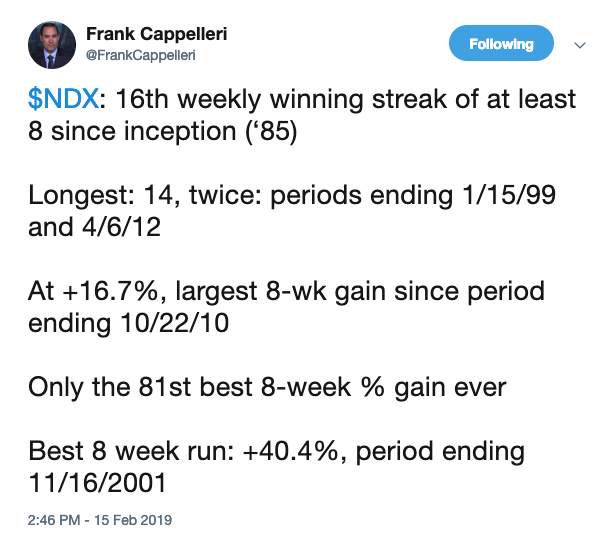 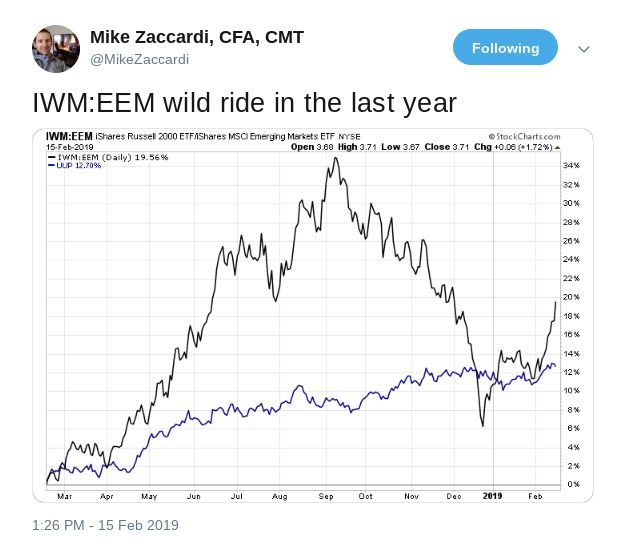 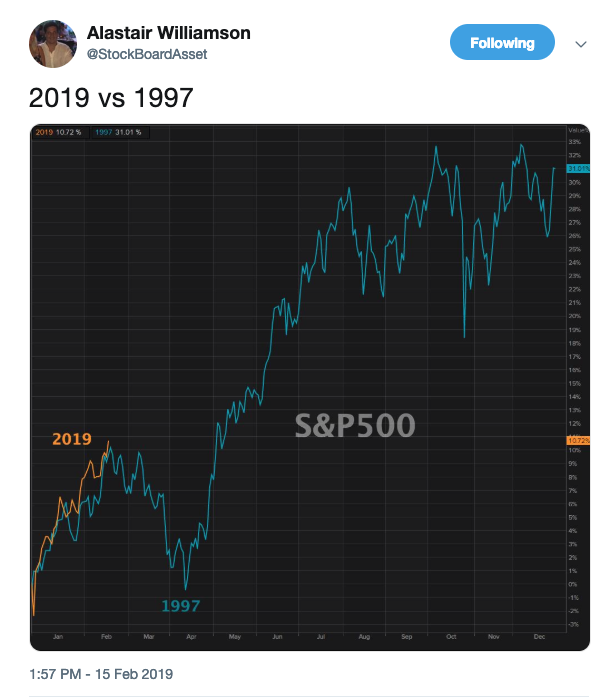 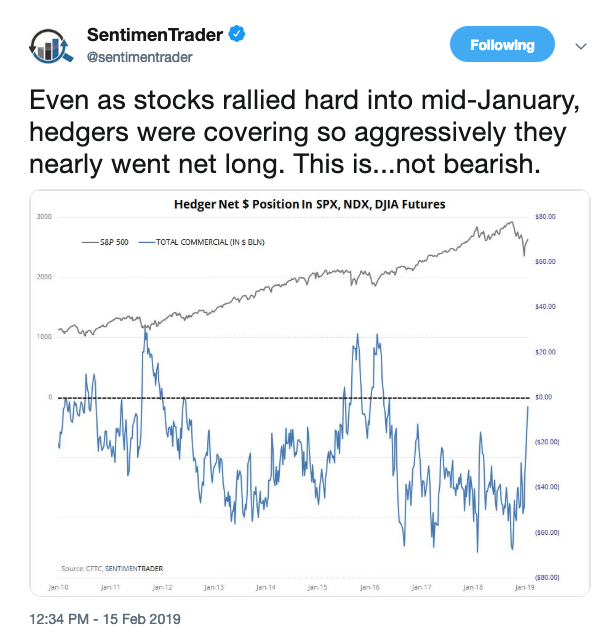 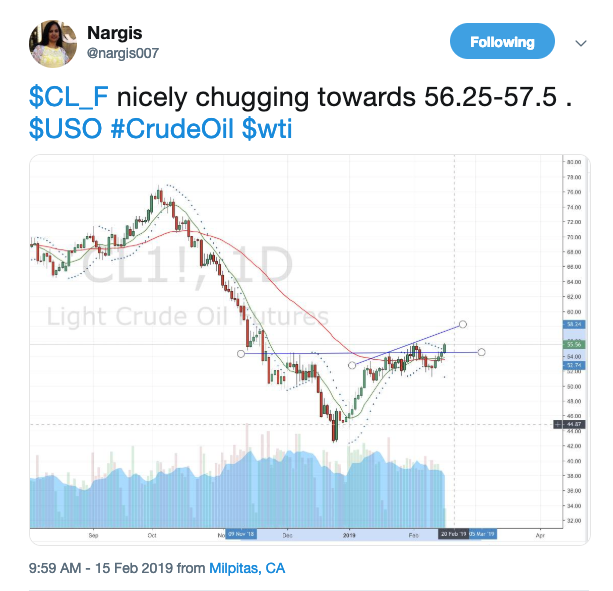 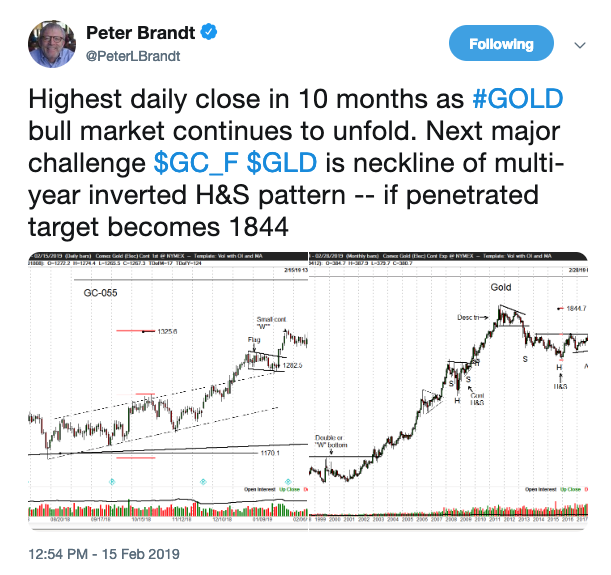 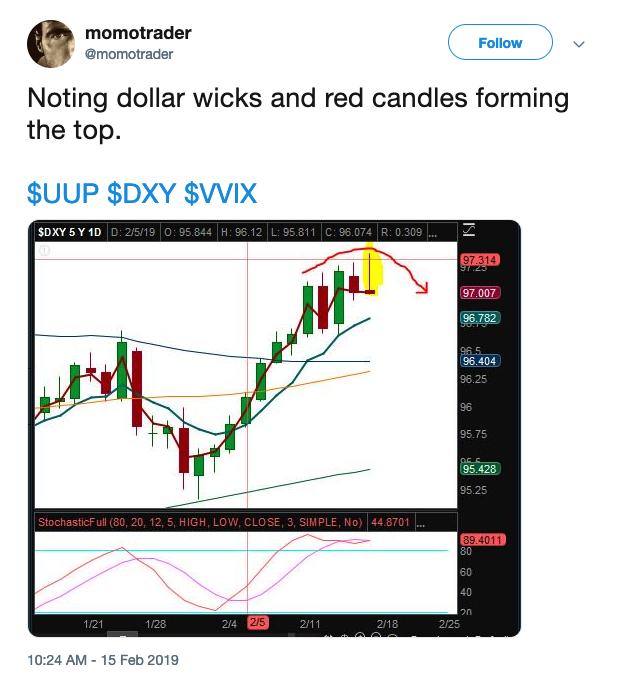