Crude Oil had a horrendous Q4 along with stocks in 2018 falling nearly 44% from the highs it hit in October. It’s now nearly 20% off the lows it hit around Christmas. It is on track for its best January in history and its best month since 2016. Despite this upbeat start to the year, Crude Oil remains below a downward sloping 200-day moving average. Currently, the commodity is trading around $54 a barrel and would still need to gain another 40% before it’s back to the October highs around $76 a barrel. Crude Oil is the largest global commodity and the direction it trends it will have extensive implications. One top technician, Ralph Acampora is seeing a bullish head and shoulders bottom forming in the charts. 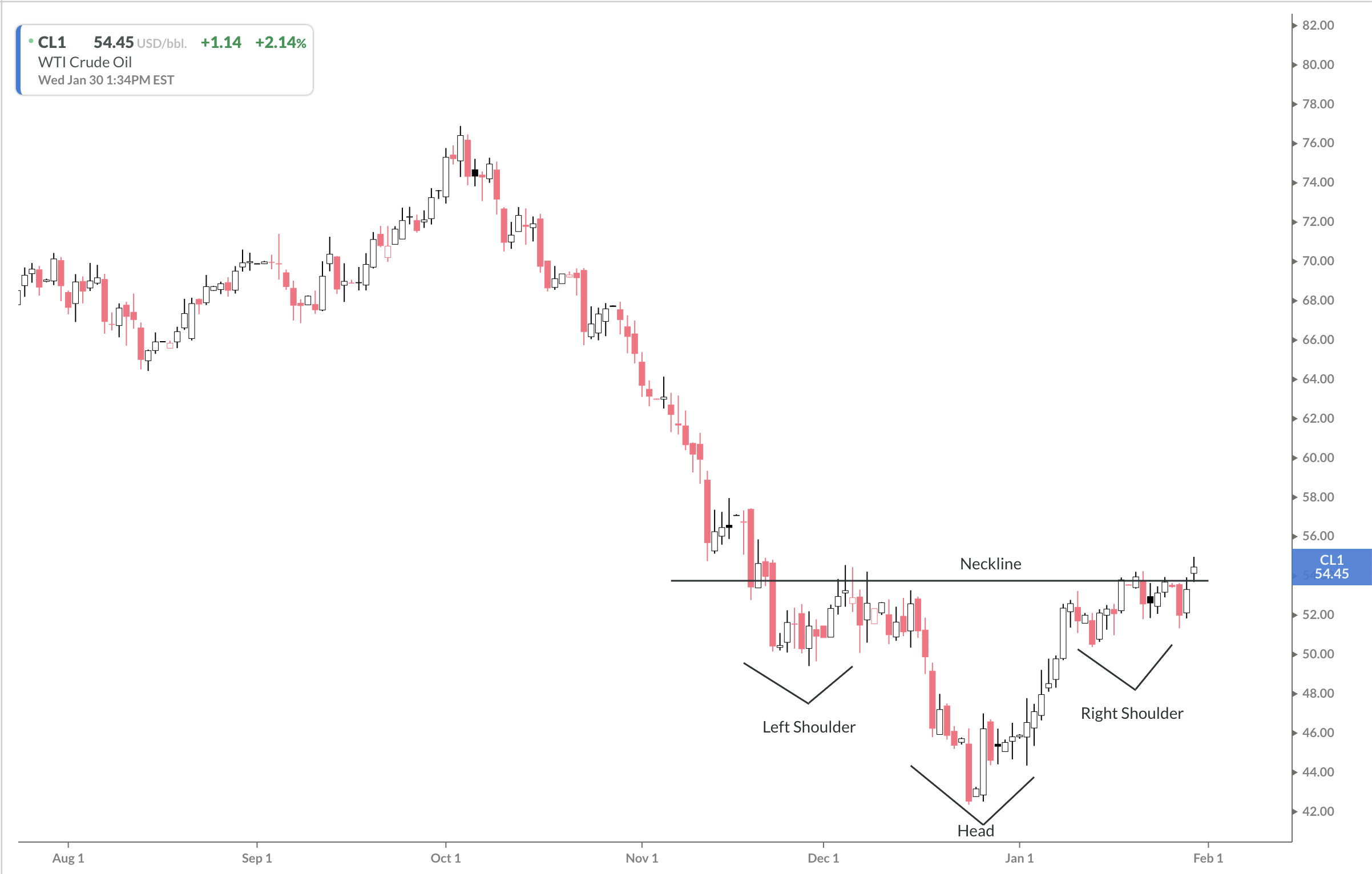 Above, is a daily chart of WTI Crude Oil futures where you can see the pattern that Acampora is referring too. Notice that, the left shoulder began forming in November, the head was formed in December, and the right shoulder was formed in January. The pattern will be confirmed today as long as it closes above the neckline.

Acampora thinks this pattern is capable of propelling Crude another 10% to that $60 level in the near-term. In order to arrive at this price target, he likely took the measured move from the bottom of the head to the neckline and added that to the breakout point (also the neckline.)

A lot of chart-watchers and novice technicians incorrectly use the head & shoulders pattern. They want to see it when it isn’t there and they don’t understand the nuances of the pattern. Ralph Acampora, on the other hand, is one person worth listening too. He’s studied, taught and written about technical analysis for decades and his work has earned the nickname “The Godfather of Technical Analysis.” It’ll be interesting to see how this pattern plays out in the coming months. We’ll continue to keep an eye on it and report back with any major developments.