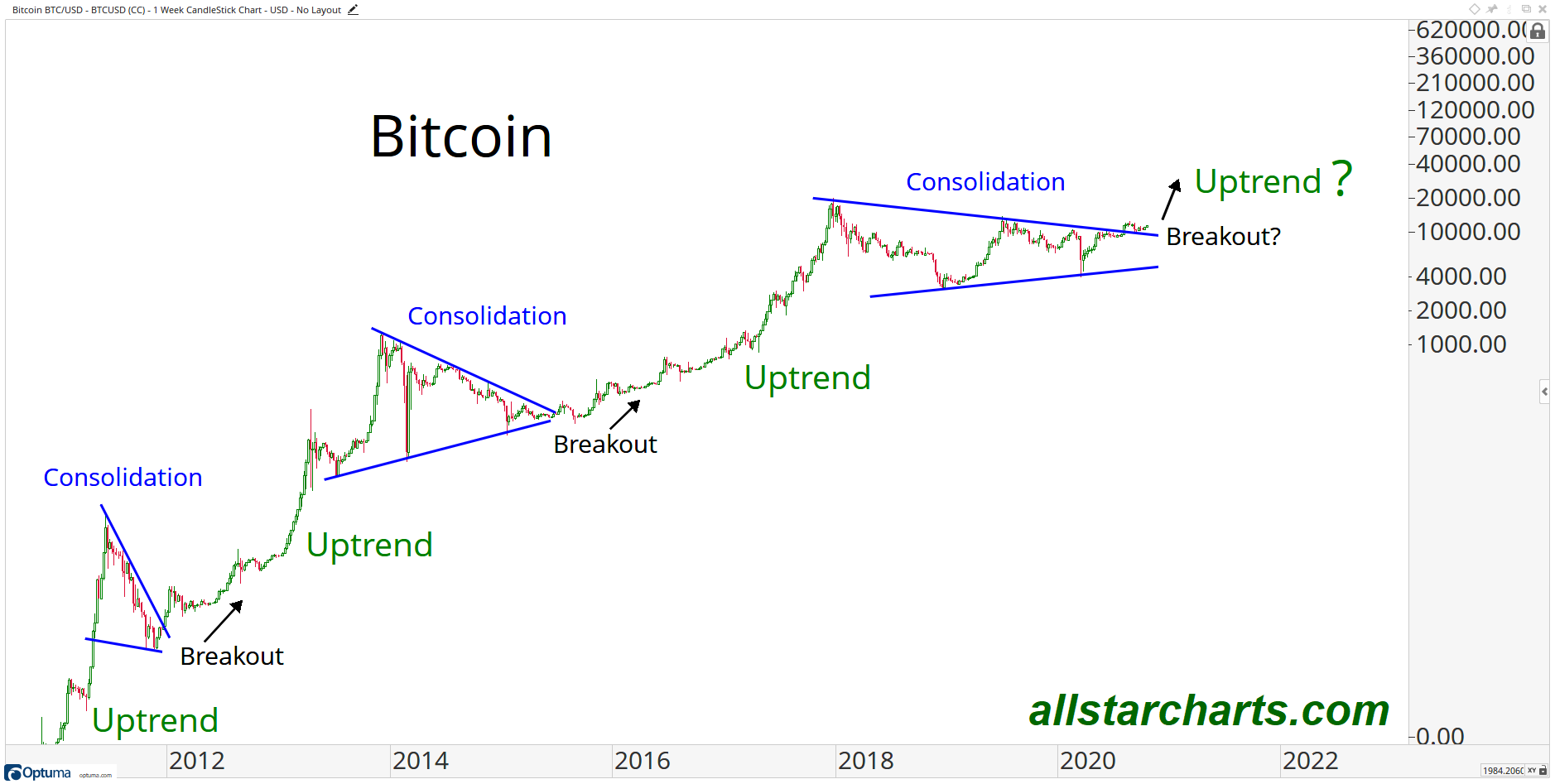 Today’s Chart of the Day was shared by JC Parets (@allstarcharts) in a note titled “It’s Déjà Vu All Over Again” for Bitcoin. In the note, JC classifies Bitcoin’s long-term price action into three phases – Uptrend, Consolidation, and Breakout. We’ve seen these three phases repeat over and over again throughout the past decade. After peaking in 2017, price has spent over two years consolidating. In the past few day’s price has broken above that key 10,000 level. Is it time for the Breakout/Uptrend phase to begin? In the note, JC explains, “If this were one of those tests you took in grade school where they ask you what’s next in this pattern, you would say Breakout and then Uptrend right? Yea that’s what I’m gonna go with. It hasn’t done much since breaking out above 10,000. But if we’re above that, this is a long for sure I think.”