Yesterday we discussed the improvement in Small-cap stocks and why it favors the bull case for US Equities. Another bullish technical development that deserves some attention here is the breakout in Semiconductor stocks.

Semiconductors are found in almost anything tech-related. Therefore, they serve as a good leading indicator for the Technology sector, as well as tech-heavy indexes like the Nasdaq.

Here’s a weekly candlestick chart of the Philadelphia Semiconductor Index, $SOX, going back to 2016. It hit a new intraday high yesterday, and today it notched its highest weekly close ever. There’s a lot of folks out there warning of a recession on the horizon. If that’s truly the case, then the Semiconductor index has not gotten the memo.

In the Tweet below, Edwin Retter outlines several bullish technical characteristics about $SOX:
1. New highs
2. Series of higher lows
3. Relative strength is in an uptrend
4. Price is above a rising 40-week/200-day moving average.

Semiconductors $SOX near new highs for 3rd time this year, higher lows, rising RS and price above a rising 40-week/200-day. For now, weight of evidence is positive for semis. pic.twitter.com/DPC0DwPEgi

Below is a chart shared by Arun Chopra of Fusion Point Capital. The chart shows both the 50 and 200-day moving averages for $SOX. In a comment to The Chart Report, Arun said: “The moving averages are stacked positive and turning up in spite of the current fundamental environment.”

Head of Technical Analysis at Oppenheimer, Ari Wald shared his thoughts on Semiconductors on Bloomberg earlier this week. He pointed out that $SOX is pushing above the highs from the year 2000 and said: “This is an attempted 19-year breakout in trend.”

This caught my attention so, I pulled up this monthly candlestick chart of $SOX to see what Ari was talking about. Notice how it’s finally breaking out to new highs after spending months digesting the overhead supply left over from the peak of the dot-com bubble. 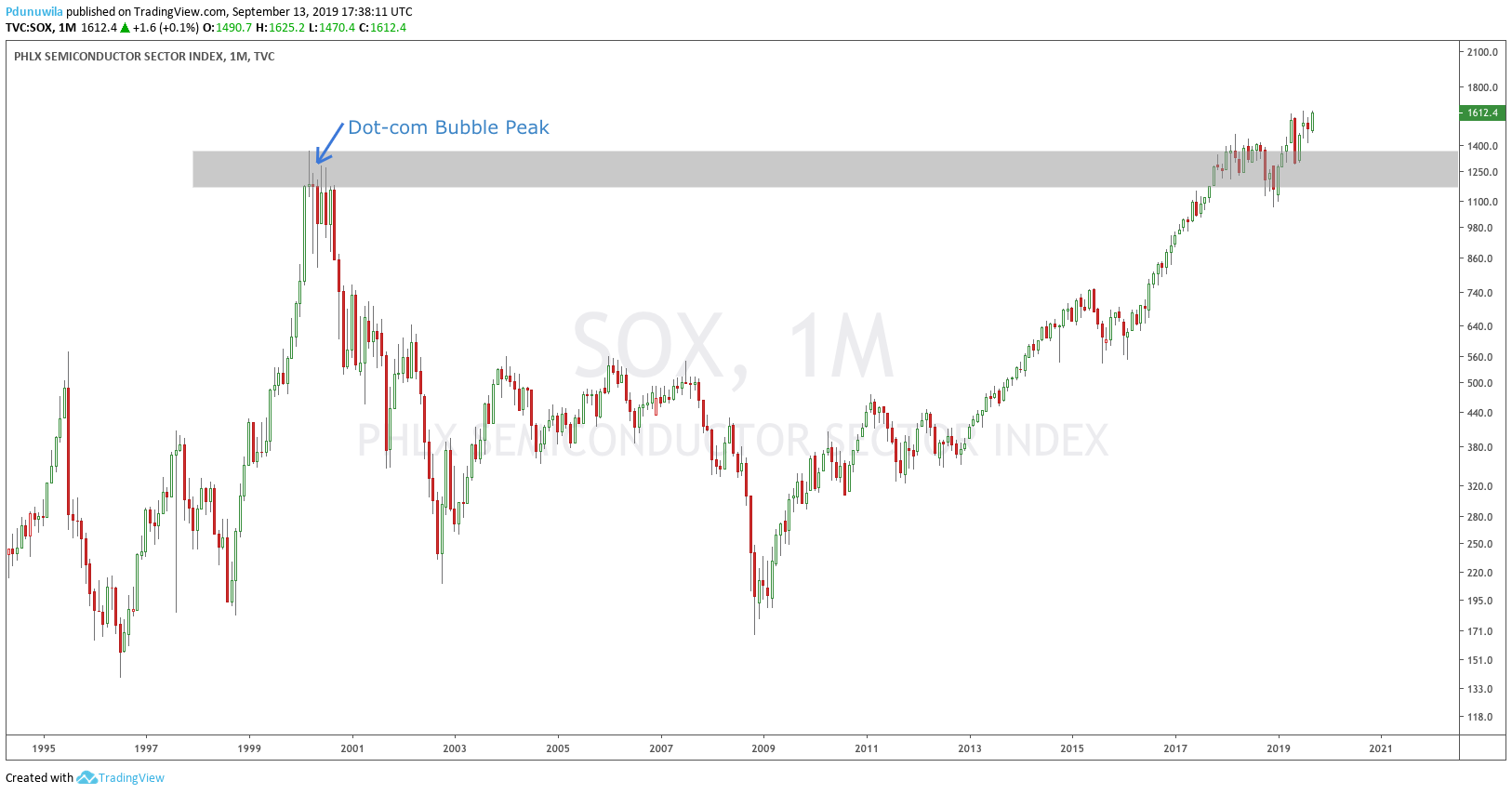 There’s a lot to like about Semiconductor stocks right now. Not only are they poised for further upside from here, but they’re also suggesting that a recession may not be as imminent as some are suggesting. We’ll be sure to keep an eye on this trend and report back with any significant development. As always, feel free to contact us with any questions.