John Roque of Wolfe Research recently made an appearance on CNBC’s “Squawk Box” to share his thoughts about the breakout in precious metals. In the segment, he argued that Gold Mining stocks were a better play than the beloved mega-cap FAANG names (Facebook, Amazon, Apple, Netflix, Google). He coined the term BAANG to represent a group of five mining stocks that he thinks will likely outperform. These stocks are Barrick Gold ($GOLD), AngloGold ($AU), Agnico Eagle Mines ($AEM), Franco-Nevada ($FNV) and Gold Fields ($GFI). Gold has surged since Roque first proposed the idea. The shiny metal currently sits above $1,500 per ounce for the first time in six years, so we thought it’d be an interesting time to take a look at how BAANG has performed.

“We like the fact that Gold recently broke out of a six-and-a-half-year base. We like the fact that central banks keep de-basing currencies and excessively low interest rates….So gold has broken out but it’s still way down from its highs in the 1,900 thereabouts and we think both gold and those stocks have more room.”

First off, here’s a look at an equal-weight index of the FAANG stocks:

As you can see, this grouping of stocks has really topped out recently, struggling to get above its respective July 2018 highs. In regards to YTD performance, the index has been held down by Google and Netflix. While these two stocks have underperformed the broad market, the other three constituents have fared much better: 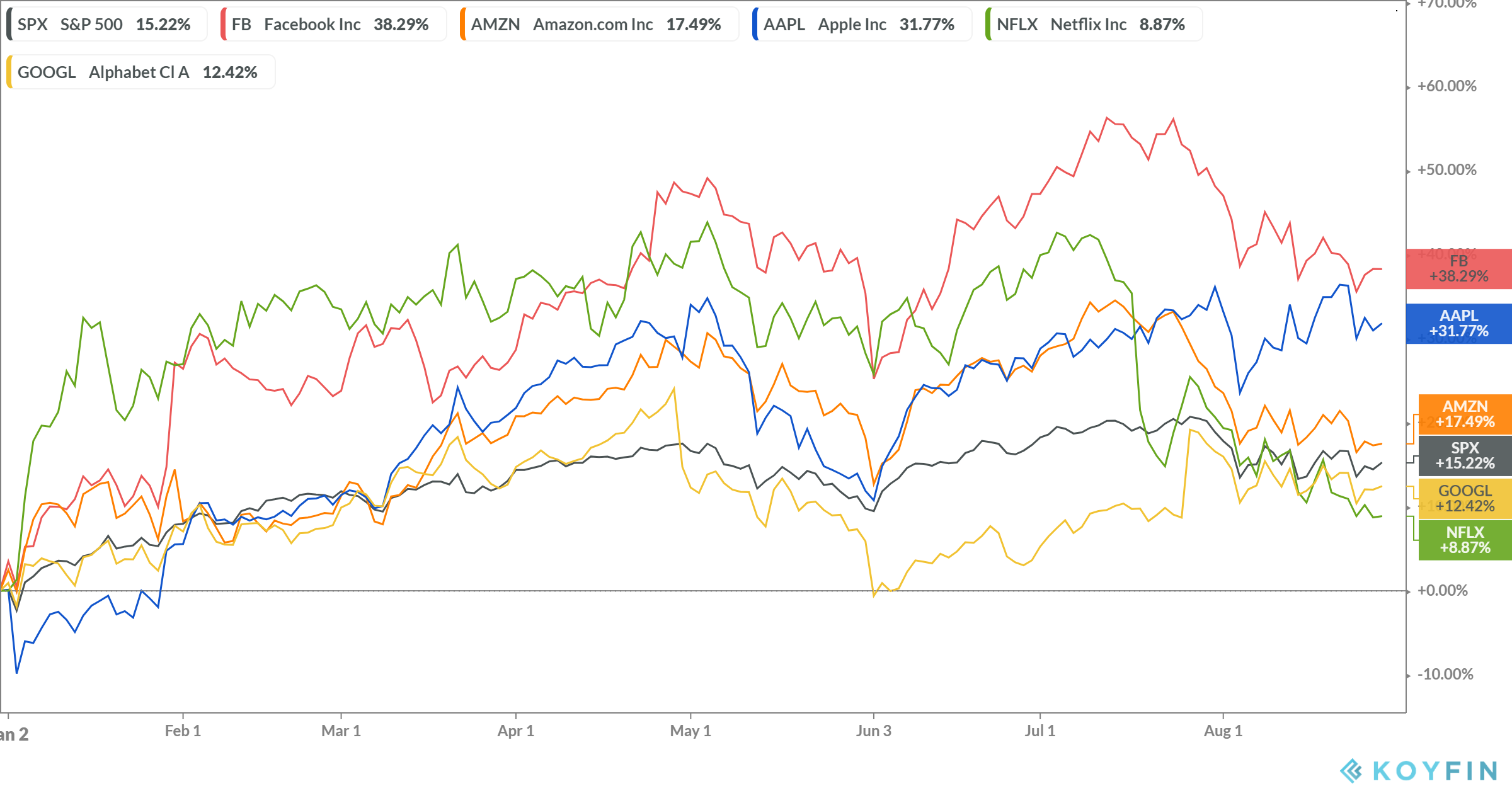 And what about the BAANG Index? Remember, this is an equal-weighted look at the following five securities: 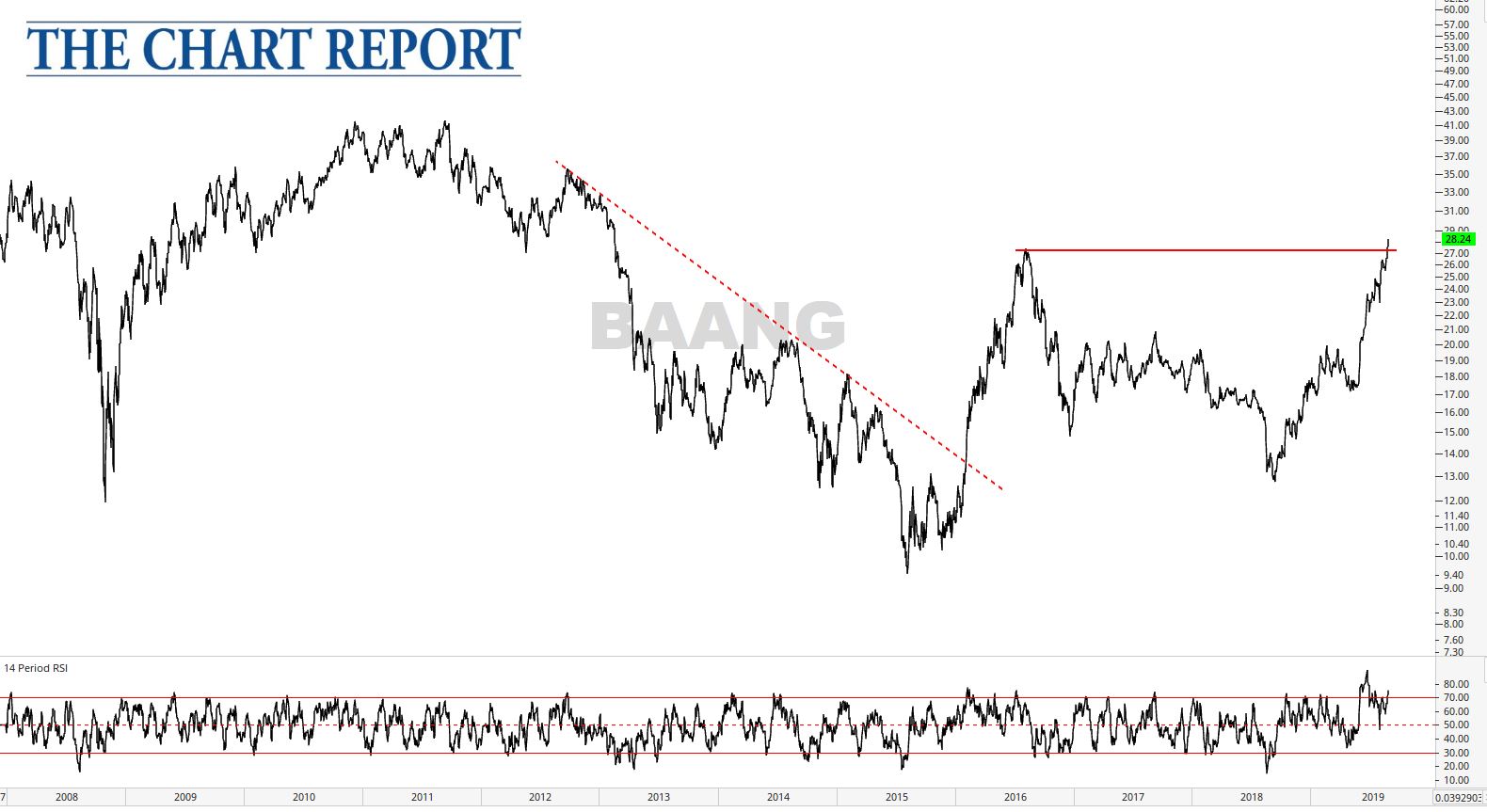 The BAANG Index has broken to new highs recently, trading above the 2016 peak, which was the last rally we saw in both physical Gold and Mining  stocks. And contrary to their FAANG peers, this basket of stocks has done quite well so far this year, with each component outperforming the S&P 500 by a broad margin: 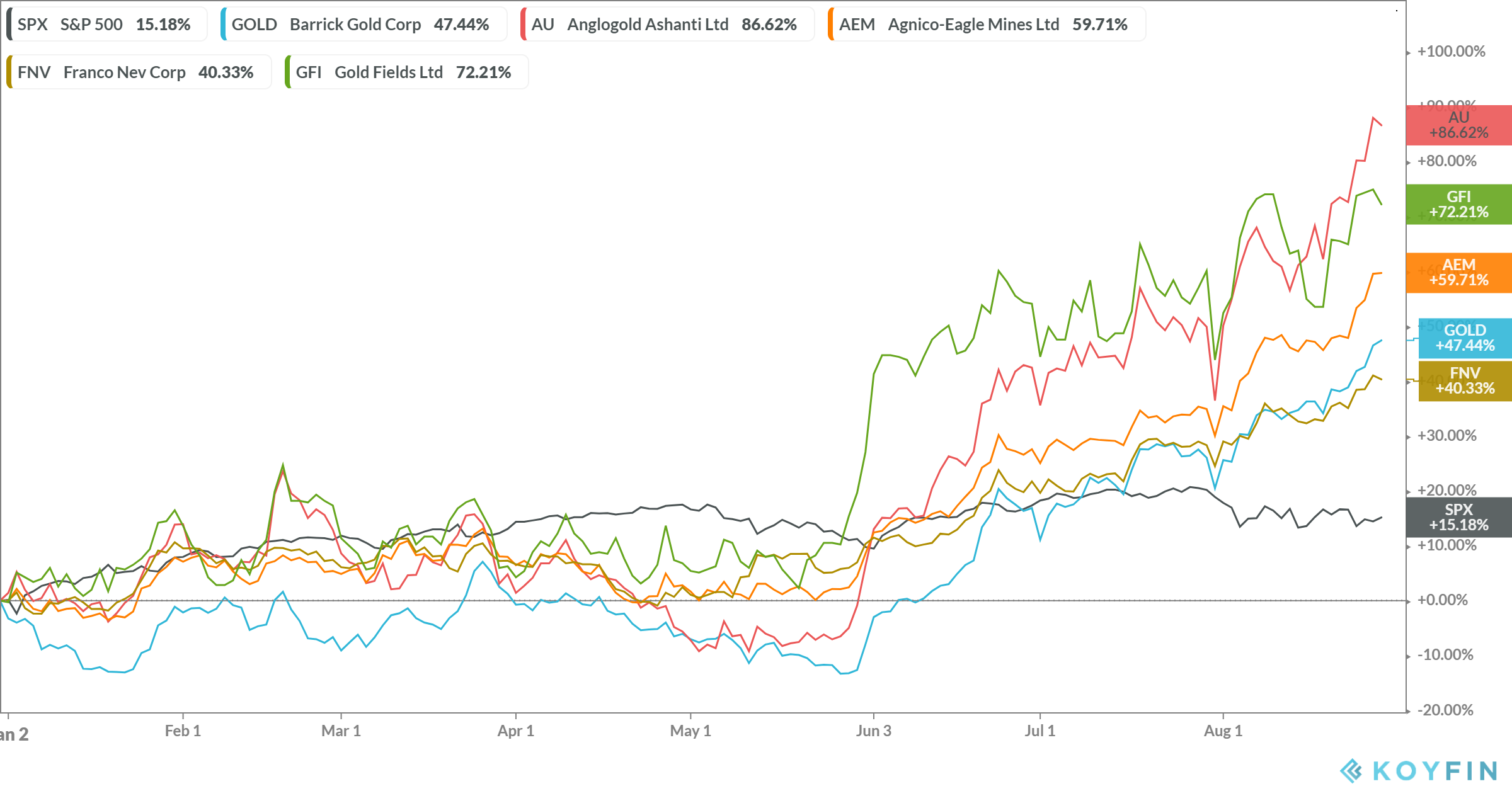 Now that we know what these two indices (and their underlying components) have done on an absolute basis, we need to answer the question “Which is better on a relative basis?” or better said “Which one do I want to own for the foreseeable future?” Well, let’s go to the chart!

According to the RRG (Relative Rotation Graph), we see all five BAANG stocks comfortably in the Green (Leading) quadrant. Meanwhile, outside of Apple and Alphabet, the FAANG stocks appear to be moving in the opposite direction, towards the Red (Lagging) quadrant.

Of the five Miners in the BAANG Index, John says he like Franco-Nevada the most. And it’s hard to argue with that, considering it’s the only one in the group that has already surpassed all-time highs, with the others just below (or above) their highs from 2016: 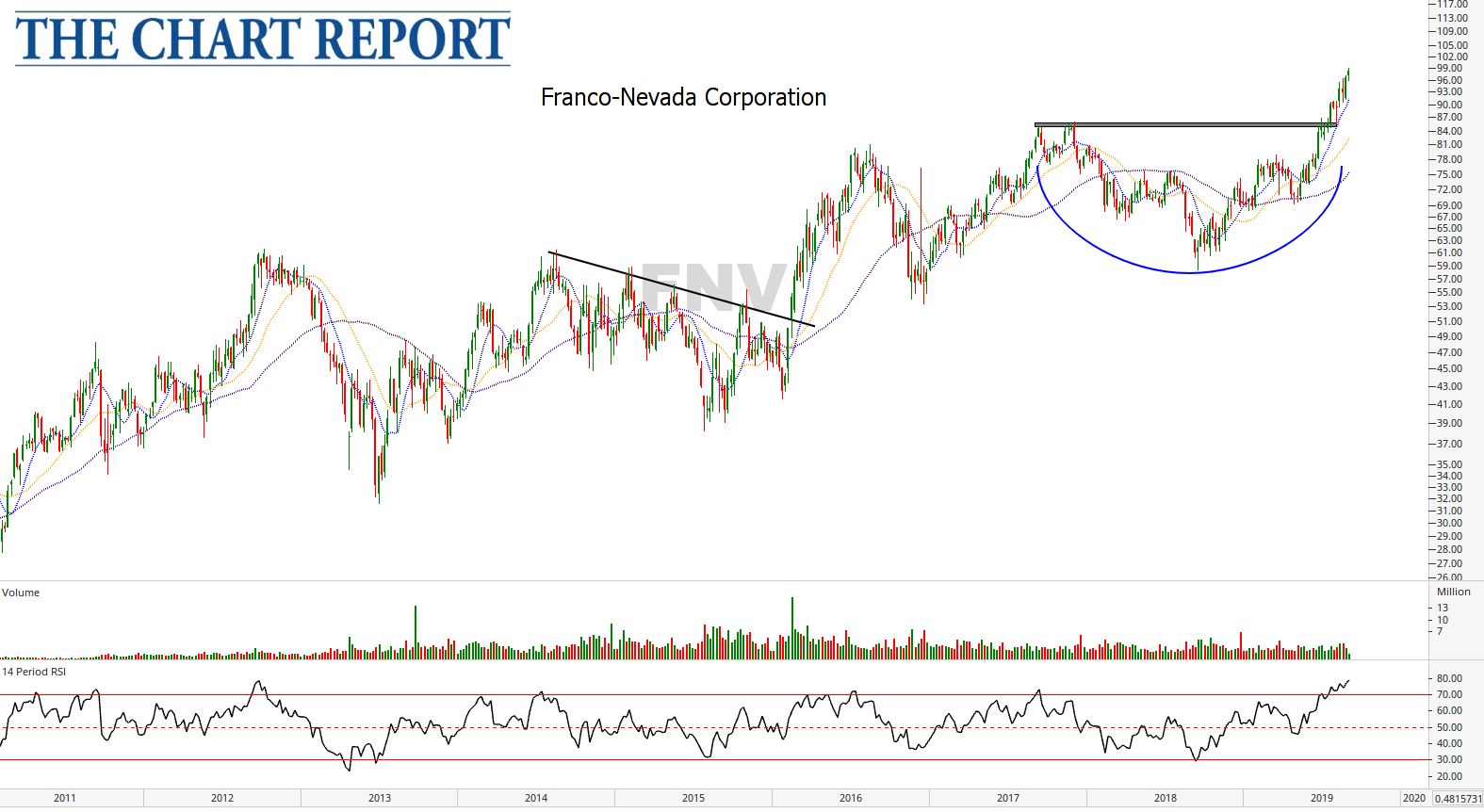 This relationship has been in a steady downtrend for seven years before seemingly putting in a bottom over the last 6-12 months. We have now broken said downtrend and should be looking for, at a minimum, and change in pace of the trend. While BAANG stocks may not skyrocket upwards (on a relative basis) against their FAANG counterparts, I don’t believe they will be underperforming as dramatically as they have been over the past few years. In fact, it seems that with all the bullish sentiment around Gold ($GC_F) and the companies who mine it, this ratio may be able to continue to climb higher.

If you enjoyed this post, or have any questions or comments, please feel free to reach out!