With 2019 in the books, let’s take a look at how stocks performed this year.

2019 was undoubtedly a good year for US Equities with all four major indices sporting above-average returns. 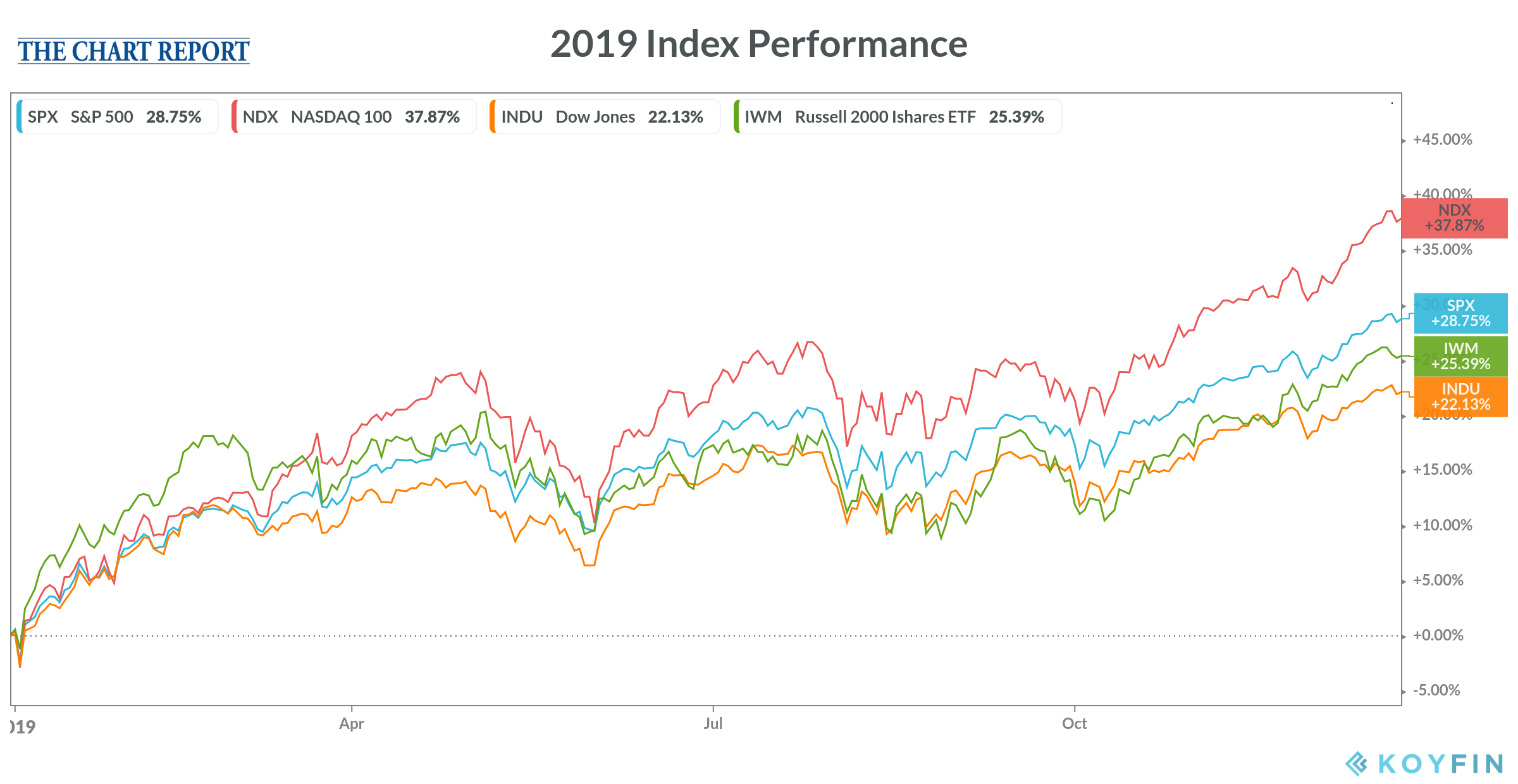 The Dow lagged the rest of the major indices but still had an above-average year, gaining 22.13%.

If you had only been following the market via headlines, you would’ve never imagined that stocks had this strong of a year. From an inverted yield curve to trade war tensions, there was a tremendous amount of headline volatility but very little actual volatility. The S&P 500 went the entire year without a correction of 10% or more. The largest drawdown was less than 7% on a closing basis. In addition, The Volatility Index ($VIX) had an average closing price of 15.39 in 2019, which was below its 10-year average of 18.47. 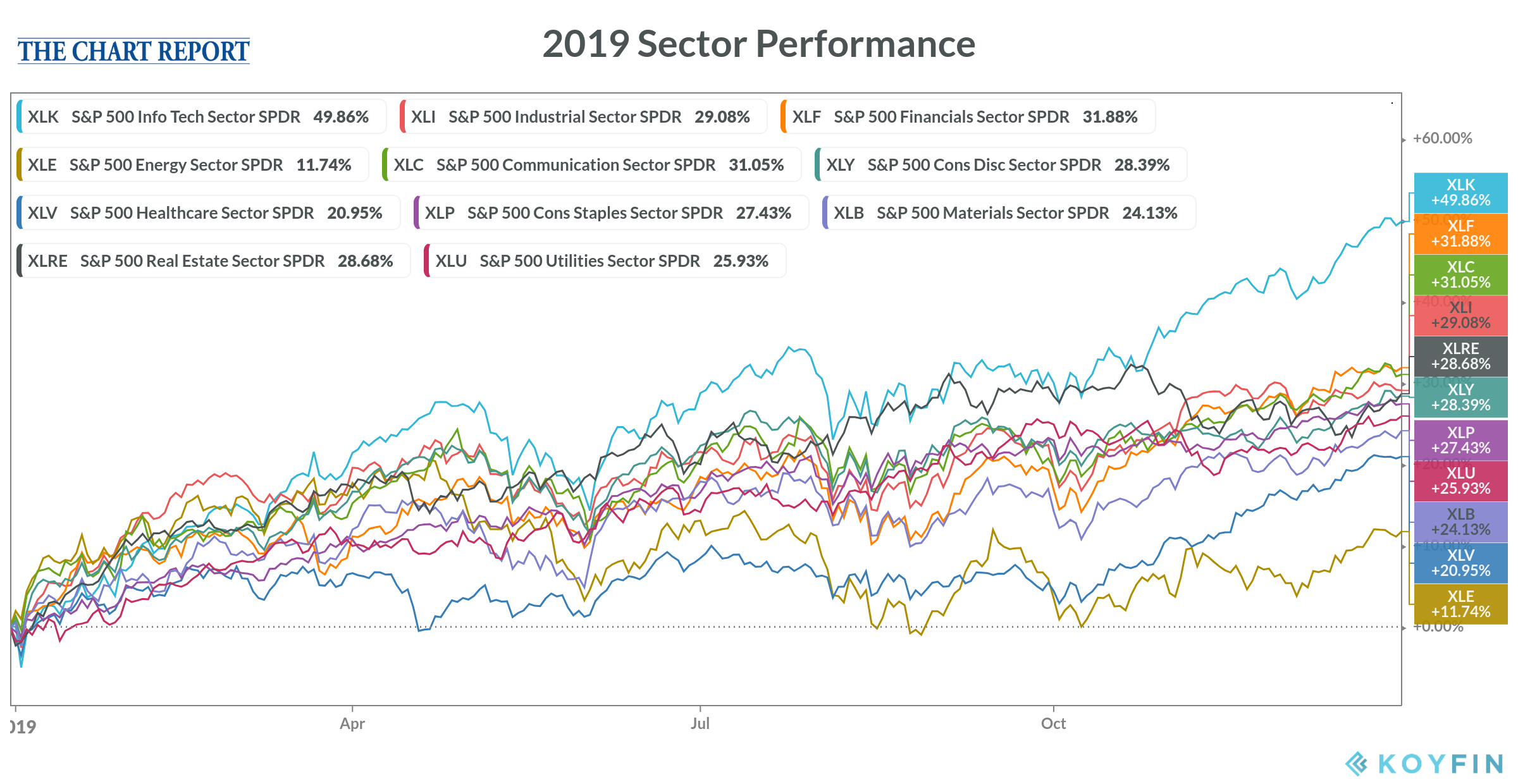 All 11 sectors of the S&P 500 were higher this year. Unsurprisingly, Technology was the clear winner with $XLK surging nearly 50%. Energy underperformed the S&P 500 and was the weakest sector, but still managed to gain 11.74%. Health Care ($XLV) was also weak for the majority of the year but had a nice run in the final quarter.

The table below comes from Frank Cappelleri of Instinet. It shows the performance of some of the most followed industry groups.

Solar stocks had a fantastic year with the Solar ETF, $TAN gaining just over 66%. Marijuana got smoked this year (pun intended). $MJ fell over 31% in 2019 despite promises of the marijuana industry being the new frontier for investing.

As we enter the new year, analysts will be offering up year-end forecasts left and right. We think it’s essential to take these predictions and price targets with a grain of salt. Let’s be honest nobody has a crystal ball, and it’s nearly impossible to predict how the market will perform over the next year with any certainty. Instead, remain objective and evaluate new information as it becomes available. As always, feel free to reach out with any questions.