Semiconductor stocks have been a relatively strong area of the market lately. The Vaneck Semiconductor ETF ($SMH) is up nearly 20% from the lows it made just one month ago. In the past two days alone the sector ETF is up nearly 8%. Perhaps the more amazing thing is that it has been this strong even without the help of its largest weighted component which is Intel. This single stock represents 13.60% of the ETF and fell significantly today after releasing earnings last night. The price action of the Semiconductor sector is certainly raising eyebrows among chart-watchers.

This tweet from @OddStats highlights just how rare and massive these moves are for Semiconductor stocks. He points out that the last time the index has jumped this drastically was the week after the market bottomed during the great financial crisis. 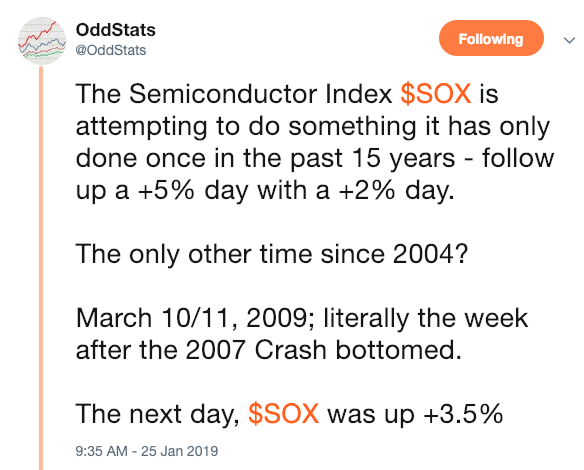 Here’s a great chart shared last night by Andrew Thrasher, CMT (@AndrewTrasher.)  This one gives us an idea of how Semiconductors have performed relative to the broader market. As you can see by the line chart in green, the ratio is breaking out of horizontal resistance. This suggests we can expect to see further outperformance from Semiconductor stocks. You can also see the ratio has been able to make a series of higher lows and higher highs. This shows the trend is improving and a bottom may have formed. 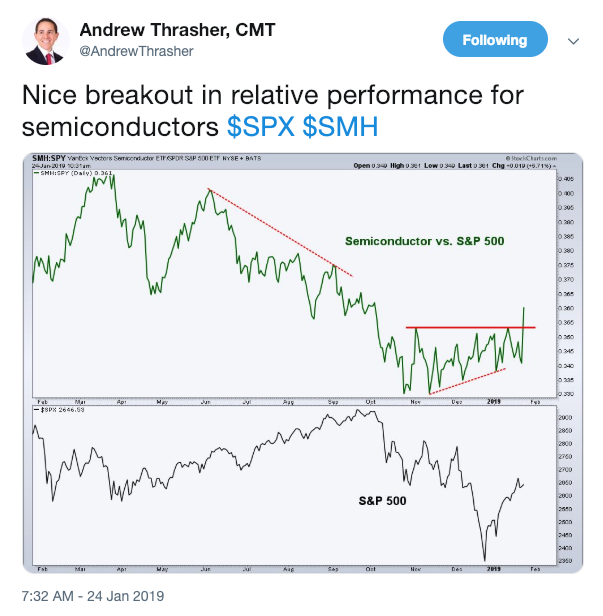 Lastly, Ari Wald of Oppenheimer was on CNBC’s Fast Money last night discussing Semiconductors. He uses another Semiconductor ETF ($SOX) and explains that the sector serves as a “great leading indicator of the market.”  He acknowledges that the index is still below its 200-day moving average however, he thinks it’s forming a base here and seems to be holding above an important retracement line from the start of its bull run in 2016. You can watch Ari’s CNBC segment here. 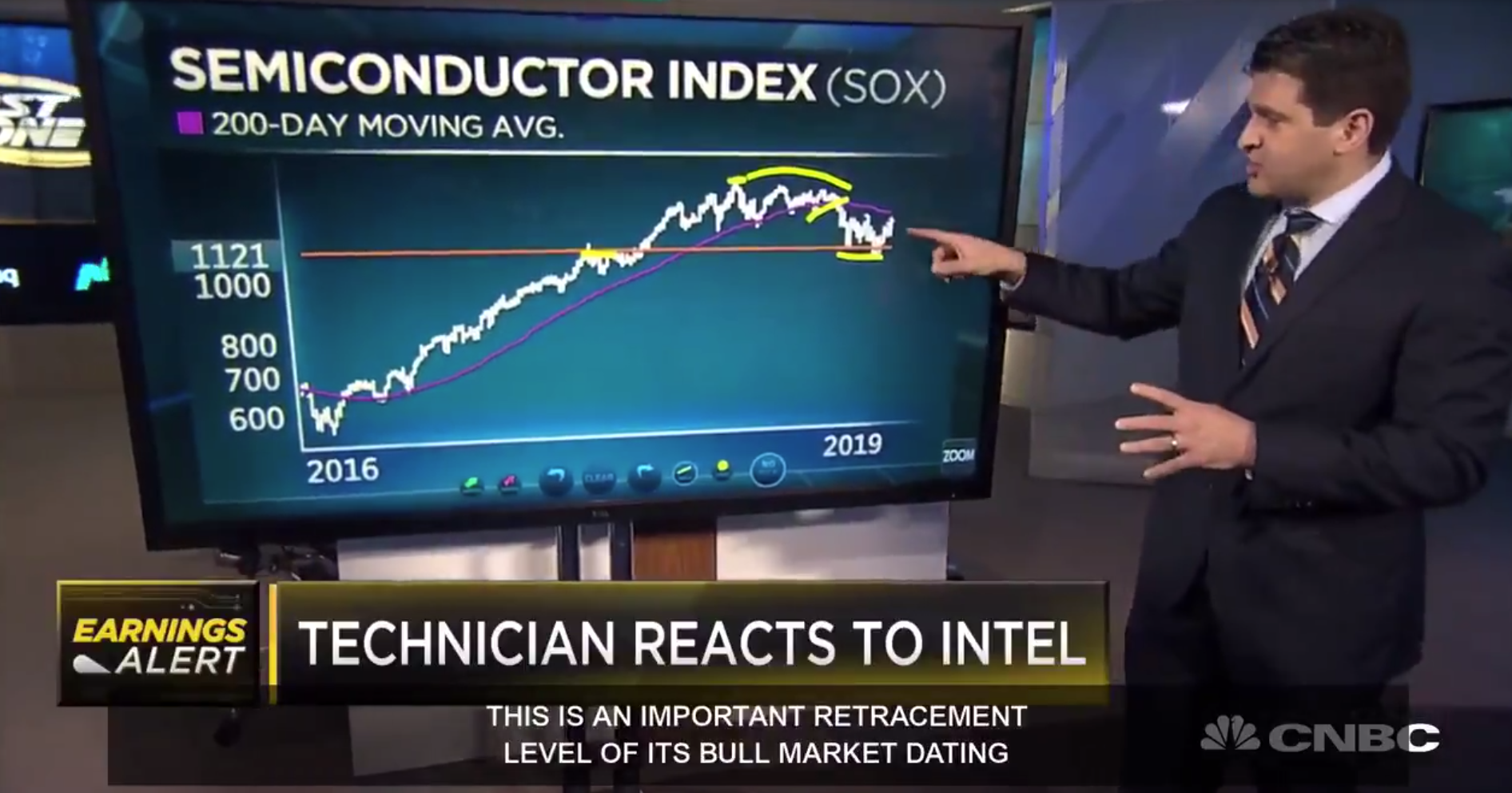 The Semiconductor sector could be a canary in the coal mine for the broader market. Going forward it’ll be important to keep an eye on the sector. As always, we’ll be sure to report back with any major developments.