Currencies: The US Dollar Index inched higher by 0.15%. 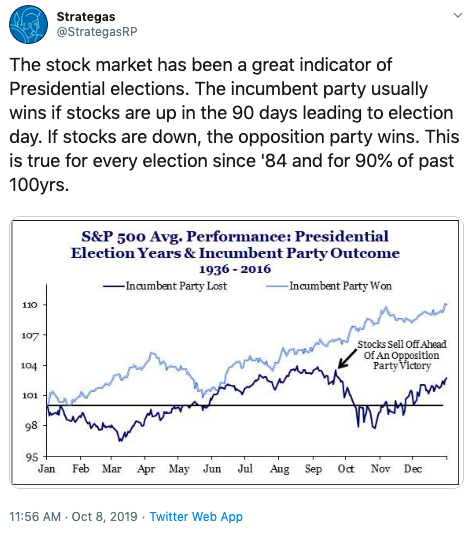 “Adapt what is useful, reject what is useless, and add what is specifically your own.”
– Bruce Lee (Actor)

Can Copper Rally Here? – The Chart Report
In this report, we take a look at the record net short position in Copper futures and what it could mean for the metal going forward.

Technical Voodoo at Play in the Benchmark S&P 500 – Omaha Charts
Trent Smalley shows readers how Fibonacci levels have come into play over and over again since the 2008 financial crisis.

Well, an ugly close to the day, but one day doesn't make a trend.

Strong selling across all S&P 500 sectors with Financials, Energy, and Health Care leading the way down. Gold ended positive, Oil was down, and Bitcoin slumped a tad.$SPY ☕️ pic.twitter.com/SqpCMCSz9z

At the very least… the chart tells us to be a little defensive… that just seems logical to me. pic.twitter.com/IFPYEpTzKS

Sometimes simply watching the trends tell you what's really happening in the economy. Long bonds and gold outperforming stocks over the past year and industry rotation is defensive. pic.twitter.com/ejFQEVkJPw

The bullish and bearish levels are clear, keeping an open mind pic.twitter.com/WKFAGmZYHU

$NQ_F Daily. Eventually, one side will prevail. pic.twitter.com/Csfrp1Jibq

Can they all keep going up? Which one(s) going to stop and which will keep going? $SPY $TLT $GLD pic.twitter.com/VonEHVvVrC

"[It] shatters the dream that surrounds many of these hot stocks, because now these companies must publicly report each quarter how much money they’ve made or lost. Nothing impacts a fantasy more than reality.” Short Term Update, 3/22 [On the Lyft IPO] https://t.co/k5FvakCS48 pic.twitter.com/R4IEJP6CBS

As @teddyschleifer reports @Postmates is delaying its IPO, here's a look at the performance over the last 3 months of the some of the most notable tech companies that recently went public.$PINS $WORK $UBER $LYFT $CRWD $ZM $CHWYhttps://t.co/a9l7X7qpvF @teddyschleifer @Recode pic.twitter.com/coGQmqnN7O