Indices: US Stocks continued higher in today’s session with the Dow Jones Industrial Average advancing 332 points or 1.08%. The S&P 500 and Nasdaq both closed at record highs, gaining 1.08% and 1.23%, respectively. The Russell 2000 outperformed, rising 1.98% to an all-time high.

Currencies: The US Dollar Index gained 0.39%.

Today’s Chart of the Day was shared on Twitter by Adaptiv (@adaptiv). It’s a ratio chart of the Technology ETF, $IYW, vs. the S&P 500. The top holdings in $IYW include Apple, Microsoft, Google, Facebook, and NVIDIA. Tech is beginning to reassert its leadership. This is a bullish development for the broader market considering Tech is the largest sector of the S&P 500, representing more than 20% of the index. In a separate comment, Ian McMillan of Adaptiv said, “So, the most important sector for US stocks is breaking to fresh relative highs, and you want me to believe we are in store for a 3rd bear market in 3 years? I’m not so sure about that.” 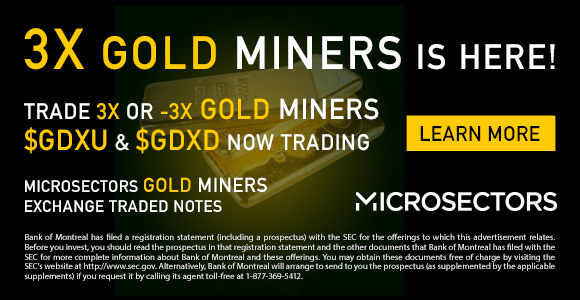 “The only thing I do know is that from chaos comes opportunity.”

Shorts Have Left The Market – SentimenTrader
Jason Goepfert points out that short interest on the average stock is at a 17-year low.

What History Can Tell Us About The S&P 500 in February and This Year: LPL Financial – CNBC
In this clip, Ryan Detrick shares his take on seasonality and the January Barometer.

Over a Quarter Eyeing a Correction – Bespoke
Bespoke breaks down the results of the latest sentiment surveys.

$SPX up >1% on 3 of the last 4 days. 5th time in the past yr but otherwise infrequent pic.twitter.com/da6lXBTVQd

While breadth has generally been decent, Tech $XLK has not been as big of a "source of funds" as we would have expected. The leadership has stalled, but it's still on the cusp of an EW relative high. pic.twitter.com/WL83e25qdN

Indices in general looked bearish into close on Friday, including my own indicators.. but 2020/2021 has been the year of "Breadth"…. in both directions. Friday saw a "negative" Zweig breadth thrust, which has accurately marked bottoms since March 2020 $SPY pic.twitter.com/cLoj2ysNI7

The $ looking interesting but some wood to chop just overhead. $DXY pic.twitter.com/DPTnn8kvZZ

A single chart for your consideration.  The sequence is orderly, intact and implies 1.25% – 1.28% in the days/weeks ahead. #US10YearYields pic.twitter.com/5sWKmGJlgS

The 30-year – 2-year #yieldcurve is the steepest in 4 years. This should benefit #value stocks over #growth stocks and World-ex US stocks over US stocks. pic.twitter.com/c5WsQCZ8tA

In the case of GameStop, the "little guy" was left holding the bag while their "partners" (the billionaires and media celebrities who egged them on) got away scot-free.